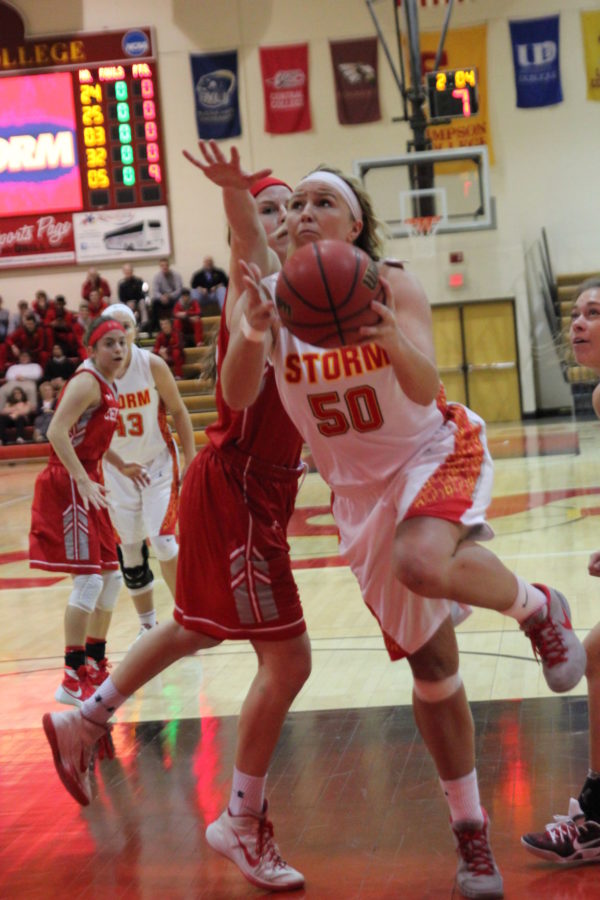 Seven, going on eight, recruiting classes have graduated and left the program, but the Simpson women’s basketball team has remained consistent, making a three-pointer in every game they have played – 239 straight.

An arbitrary stat, it speaks to the quality of the program coach Brian Niemuth has built over the years and the talent and hard work the players have put in in the duration of the streak.

Making a three isn’t a terribly easy thing to do, and that’s why players that hit on 40 percent of them are considered dangerous shooters.

It also speaks to the evolution of the game of basketball. There was a time not so long ago when the three-point shot was an afterthought. Getting the rim was the primary goal on every possession. Now players can do both.

“I think it’s just the evolution of the game. Anymore you end up shooting a shot in the paint or a three-pointer. There’s not much in between. Most players, that’s what they practice. They practice their drives to the basket or they practice the three,” Niemuth said.

Such a streak requires players to take a look back and appreciate the players the program has employed in the past, as well as the dynamic nature of the squad that’s out there right now, even if it isn’t something the team is keenly aware of.

“Our three-point streak is something I personally haven’t put much thought into even though it’s an amazing feat of the program,” said senior Whitney Van Wyk. “ I think if anything it shows how dynamic of a team we have as well as the teams that contributed before we were here. We have so many excellent shooters on our team, including some of our posts, that I can’t imagine not hitting at least one three-pointer in a game. It just really shows our versatility on the offensive end, but isn’t something we actively go into games thinking about.”