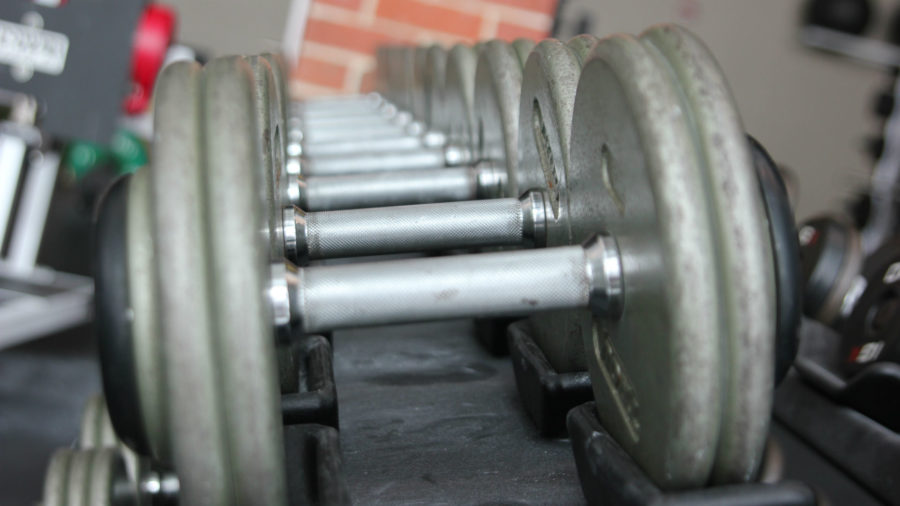 In some respects, football and track and field are very similar – not in what goes on during competition, but in how one prepares and trains for their respective seasons.

Athletes train to get quicker and faster, but there are vast differences in the training for the two sports.

Athletes could train the same way for both sports, but eventually, gains would plateau and success on the field would be limited.

That’s why there are different training programs for the two sports at Simpson and why dual sport athletes are exceling on both the gridiron and the track.

“Football lifting is a lot higher intensity and focused on hypertrophy and is a lot more intense than a track workout would be,” said sophomore short sprinter and football player Travis Tupper. “You’re lifting a lot heavier for more reps with a lot of volume and a lot of wear and tear on your body for recovery.”

Lifting for track, however, is a little bit less of a stressor on the body.

“The track program is focused around the core lifts, mostly so we can maintain (strength). It isn’t a program made to see a lot of gains. We do bench, deadlift, hang clean and box squats. It’s been around five sets for five reps, as the weeks progress we do four reps, then three reps, a deload week, then we start over. For weight, I’ll do something high volume so I maintain the strength I have from football,” Tupper said.

Offseason lifting is just as important – if not more important – than in season lifting. It allows an athlete to make the necessary gains to compete at a higher level than the season before, to come into a season in shape and ready to take on the often brutal IIAC. Football and track in regard to offseason training are, as one might expect, wholly different.

“Offseason training with football is definitely more often, there’s more of it. It’s four times a week,” said junior sprinter and strong safety Trevor McKee. “For track, they would go three times a week with a decent amount of strength training, less of resistance training and lifting and more of a focus on form and good running mechanics. Not a lot of cardio. They’re not trying to drill you into shape yet, they’re just mechanics and basics down.”

With football, there is a need to be a stronger, well-rounded athlete. Taking down a 220-pound running back requires a blend of strength, speed and quickness that most track runners don’t possess. But to get to the point where you can take down that running back or block that linebacker coming on a blitz, you need to build up other muscle groups that you wouldn’t necessarily use in track.

“You’re going to involve more muscle groups in football. An example with lineman, they need to have pectoral muscles, they need to have that upper body and chest, whereas in track when you’re running you don’t need that quite as much,” McKee said.

Striking a balance between preparing for both sports is a give and take. To be faster during track, you might have to give a little strength up that you gained in the football season.

Focusing on which areas you need to improve ultimately decides how you balance staying in shape for both sports.

“At first I was questioning, ‘Do I want to do the football lifting while I run track? Is it something I can do, is it manageable?’” Tupper said. “I looked at the pros and cons of it and thought about it. How much stronger do I really need to be if I want to focus on being as fast as I possibly can right now? I decided to go with the track lift and just try to be a leader on the track team and once track’s over I’ll go back to trying to put some weight on.”

As for which type of training the multi-sport athletes prefer, the sentiment seems to be with football.