Wake up and smell the philanthropy 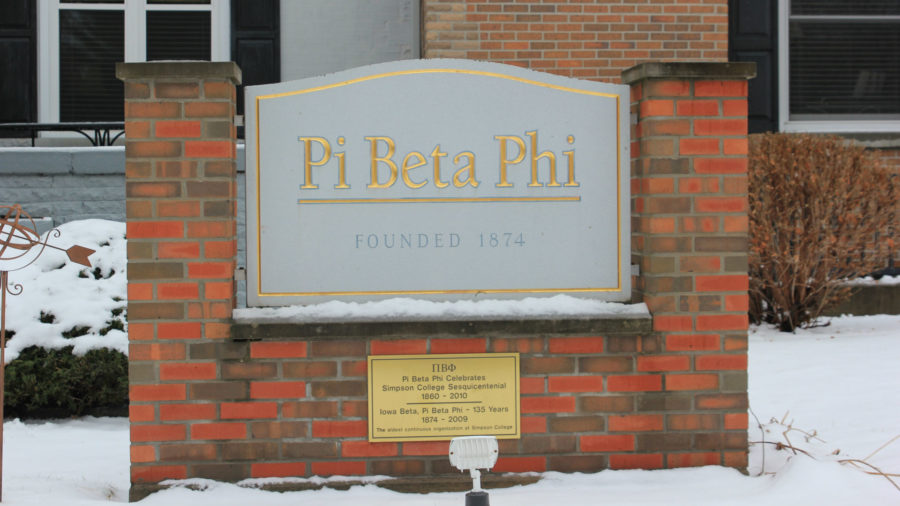 The Pi Beta Phi philanthropy fundraiser is facilitating young love to sprout by selling carnations for your Valentine inside of the Kent Campus Center.

The organization helps inspire a lifelong love for reading among children to create a more literate society.

Philanthropy Chair Maura Saltzman is a highly active member in Pi Beta Phi and exceptionally devoted toward their philanthropic effort.

“This year we are teaming up with Friends of the Indianola Public Library and volunteering at their annual Dr. Seuss Birthday Party. The party is primarily for preschool- and kindergarten-aged children, and there will be games, reading stations and the opportunity to take pictures with Cat in the Hat!”

The sorority invited the Simpson community to join them in the Principal Black Box, where they prepared a plethora of Mexican-styled food.

“We plan to do the same thing, or something similar, again in the fall,” Saltzman said.

In addition to continuous fundraising, the women of Pi Beta Phi also have a direct impact in their communities by visiting elementary schools and reading to children.

“We have a very good relationship with Irving Elementary. We write letters nearly every other week to our third-grade pen pals, and many of the girls go and read to their pen pals,” Saltzman said. “We also take part in a Fraternity Day of Service event in honor of Dr. Seuss’ birthday.”

Pi Beta Phi’s involvement in promoting literacy can be traced back 100 years when they founded a settlement school in Gatlinburg, Tennessee. For many years they were responsible for all of the education in Gatlinburg until the 1940s.

They continued to provide financial assistance because of their ceaseless devotion for education.

In 2011, at the Pi Beta Phi Convention, they announced their philanthropic cause, Read > Lead > Achieve.

The sorority is making an incredible impact while simultaneously encouraging everyone to join their initiatives ranging across the United States, and even into Canada. To get involved, visit https://www.pibetaphi.org/pibetaphi/Make_an_Impact.aspx.

The sorority was founded in 1867 and will be celebrating their 150th anniversary in 2017. They have created a goal to help directly impact the lives of 1 million kids before their convention.

Another way they are celebrating 150 years of sisterhood is by hitting the road to obtain stories from Pi Phis all around the country. They named the traveling van Libbie in honor of the Pi Beta Phi founder Libbie Brook Gaddis.

By 2017 they hope to collect countless tales of how Pi Beta Phi has helped shape the lives and futures of members inside the sisterhood.

Make sure to grab your significant other a carnation this Valentine’s Day. Not only will you improve the quality of your relationship, but you’ll also feel good knowing that you’re improving literacy in your community.