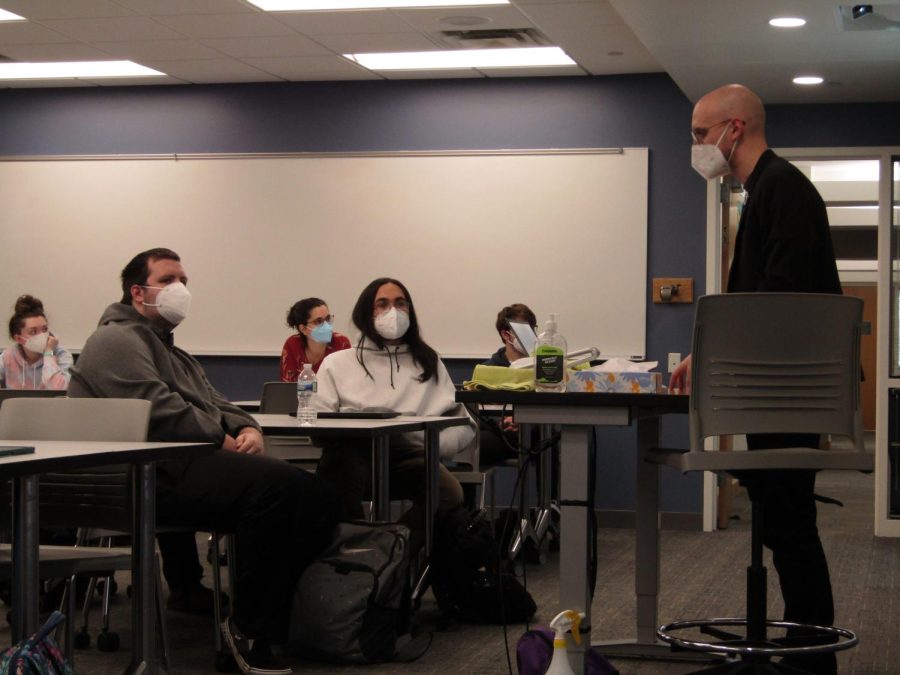 Students participating in the Math Modeling Competition attended a prep session on Feb. 9.

Each year, thousands of teams with three college students each from all around the world spend 96 hours solving and modeling a mathematical problem. This year, 12 of those teams will be coming from Simpson College.

Teams will solve problems regarding data science, networks, environmental science, policy and continuous or discrete mathematics as part of the International Mathematical Competition in Modeling. They’ll create models – systems, essentially, which show not only how the solution works in the present but also how it’ll play out in the future and how changing certain variables will impact the long term outcomes. Their work will be gathered into a 25 or fewer page paper, which should reflect their creativity, storytelling and analytical abilities.

Students will be competing for a maximum prize of $10,000, publication in the UMAP journal and to have a fun time with their friends. In fact, Samuel McCoy, a junior majoring in Mathematics and Computer Science says the social aspect is the best part of the competition.

“Spending time with people and just being able to problem solve together was the best part for me,” he said.

But professor of mathematics Heidi Berger points out that the competition is good for more than just hanging out with friends.

“This is an opportunity to do authentic problem solving and they pick problems that are interesting and important. It’s also good for your resume, it kind of hyper drives all of those experiences that you want to talk about when discussing things you’ve done.” she said.

Simpson has a storied history at this competition. Several of the school’s past teams have finished in the top 15% in the world, an achievement known as the Meritorious Distinction. Two teams have even been finalists. Simpson regularly sends one of the largest groups of teams in the United States and normally finishes with the best results in the state of Iowa.

“I’m not a very good writer, and it felt like a lot to tackle. We had 14 to 15 pages my freshman year and no idea what to do,” McCoy said. He also added that the information from the seminar was helpful because it gave him a roadmap for how to get started on the paper.

“I feel a lot more prepared now,” he added.

Colin Payton, the director of Simpson’s writing center pointed out that while students may feel nervous, they’re actually a lot better prepared than they realize.

“I think the liberal arts curriculum prepares them better than they know,” he pointed out. “The challenge is showing your work for an audience of intelligent but not math [focused] people.”

Berger stresses that the competition isn’t just for math minded people. In fact, she argues, because of the writing aspect, teams with English, writing and journalism majors generally do well.

There is funding left for the department to send three to four more teams than those currently planning on attending. Competition will take place from campus. Students interested in signing up should reach out to Heidi Berger or Katherine Vance at their Simpson emails as soon as possible. The deadline is Feb. 11.