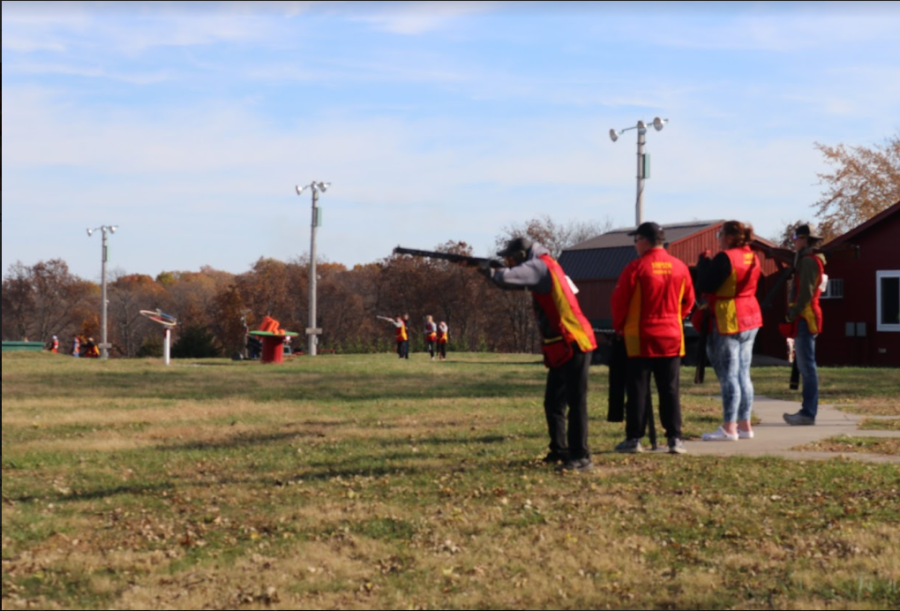 In its first year as a formally recognized athletic team, the Simpson College shooting team has experienced a great deal of success.

The team as a whole scored 1337/1550 at the competition. The team has its next contest, the SCTP Collegiate State Championship, on Nov. 13 and Nov. 14 at New Pioneer Gun Club in Waukee, Iowa. After that competition, the team will take a break. During this time, members can prepare for the spring semester competitions.

Anna Lopez expects a lot for the future of the Simpson shooting team.

“When I came in as a freshman, we had eight people on the team. We’ve grown to 19 in the past few years. Definitely going to be a much larger program. It helps that we have been funded through athletics,” Lopez said.

Brayden Paxon said he is excited about the up-and-coming future and what that means for the team.

This is also the first year that Simpson has recognized the shooting team through the athletic department. With funding from the college, it means that the team will have to do less independent fundraising. It also means that the program will be able to prosper by being able to purchase equipment or pay for expenses such as travel. Eventually, the team hopes to update facilities.