‘The Marriage of Figaro’ debuts this weekend 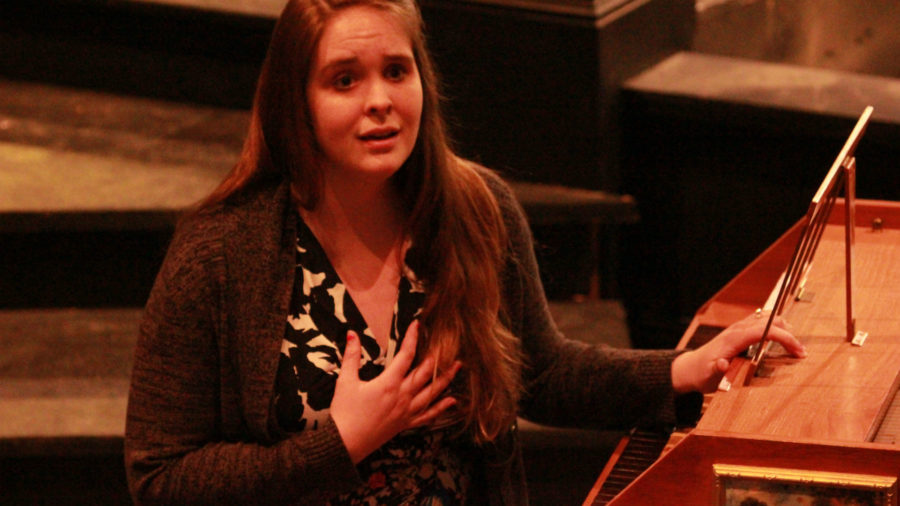 Simpson College opera students have been busy preparing for their showing of “The Marriage of Figaro” by Mozart.

Mozart’s “The Marriage of Figaro” is a well-known, grand opera that has been around for 230 years. Students said it is an honor to be able to perform such a widely performed opera.

“We don’t get a chance to perform a grand opera often,” Brown said. “They take so much rehearsal and practice. You need the right group.”

This comic opera based during the French revolution features Figaro and Susanna, two servants preparing to wed. Figaro is out to seek revenge on his master, The Count, as he has found that his master tried seducing Figaro’s fiancé.

Junior Mary Hudson will be performing in the chorus and as a flower girl.

“The chorus are all peasants from the village who are there to listen to the Count and celebrate a marriage,” Hudson said. “The flower girls sing a nice duet about how the Count abolished a horrid rule and how wonderful he is.”

Students began preparing for the show following auditions last September. When vocal rehearsals began in January and in February, the cast started focusing on the staging and dramatic side. The cast keeps busy rehearsing vigorously seven days a week.

“This show has a lot of humor in it that college students would definitely appreciate. Pranks are pulled, parties are thrown and fun is had. It’s definitely an opera that students can enjoy,” Hudson said.

The opera is set in the 18th century and during this time, it was found unusual for men to sport facial hair. The men cast for the opera were required to shave their facial hair last week.

“The men are suffering for their art,” Brown said.

There are three showings of the performance with different casts for each showing.

“It can be hard to rehearse because you are preparing three groups,” Brown said. “The show is a masterpiece. Multiple casts give students a chance to perform a grand opera.”

A variety of grades are cast. Priority is given to the upperclassmen, but there are quite a few sophomores in the show as well.

With team effort, the cast has been busy building sets, painting and getting the props together for the showing.

“The word opera means work,” Brown said. “It is a collective force of work, a big team effort. From the students to the stage managers and volunteers to help out with stage work.”

The performance is open to all Simpson students and faculty at no charge.

Tickets and more information can be found at http://simpson.edu/music/opera/tickets/.