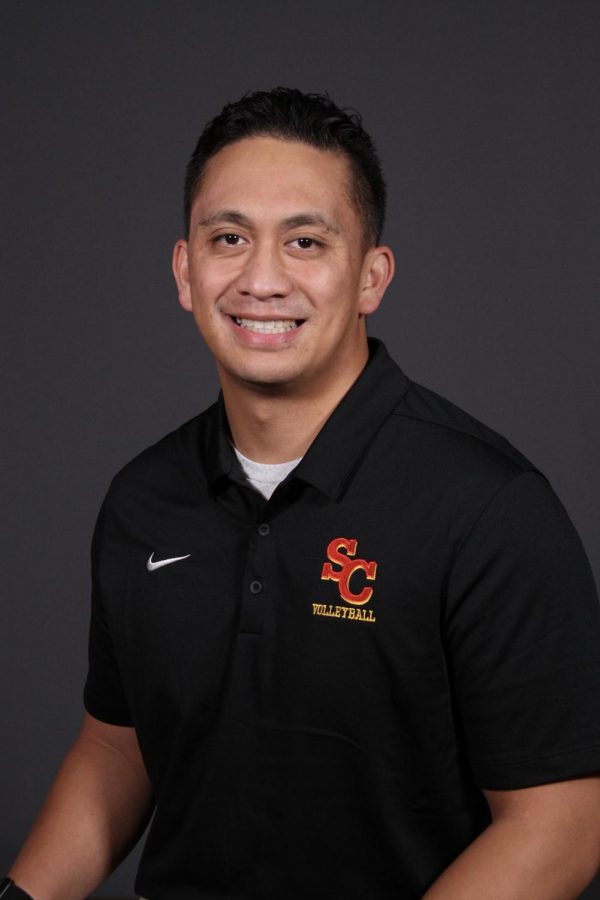 Coach Kekailoa Palea is currently at the helm of Simpson’s 4 - 6 volleyball team.

Kekailoa “KK” Palea left his ideal job as a head coach in Waukee, Iowa, to support his wife who received an offer from her dream job in Des Moines. This act of selflessness would soon lead to a mutually beneficial job offer from Simpson College for him to take on the role of head women’s volleyball coach.

Palea began his Simpson career in July 2020 at the beginning of an uncertain season due to COVID-19. The pandemic inevitably cut his first season short, but not before Palea led the Storm to two early-season victories, including a 3-2 upset victory over then-league-favorite Dubuque.

Palea did not allow the pandemic to cast a shadow of doubt over the beginning of his journey at Simpson. Instead, Palea used it as an opportunity to show his adversity and resilience. He highlighted the opportunities caused by the pandemic to make the most of “two pre-seasons to prepare.”

Additionally, Palea found that Simpson was an excellent fit for him in coaching style and personal growth.

“I love building programs. I love training kids, so I found that this would be a great opportunity for me to test myself as a coach and see if I can take this program and turn it into a top-level program,” Palea said. “I truly think that my players know that I genuinely care about them as individuals. I think the tough part is they need to be able to set apart that and the actual coaching piece.”

Having started with a good impression despite a rough situation, Palea is now focused on the season unfolding ahead of him and his team.

“We started out great. In our first tournament, we went 2-1. We lost that first one to Grinnell, but I think we were still trying to figure things out,” Palea said. “For me, when it comes to non-conference it’s great to get the wins, but I’m really just trying to test my team and get them ready for the conference.”

In conference games, Palea and the Storm have gotten off to a successful start with a win against Nebraska Wesleyan, a team they lost to a year before. According to Palea, the rest of the season will be a difficult battle, but not one that is unwinnable.

“We have a very good chance of making the conference tournament. If we play to the best we can, I believe we can be in the top half of the conference by the season’s end,” Palea said. “Every season, I want to go 8-0 in conference. Is it realistic? I think it can be, but it will just take some time.”

Palea said the largest obstacle facing the team this season is internal competition-finding the balance between preparing, battling for playing time, and still working as a team that will solve that issue.

In addition to his work in women’s volleyball, Palea also has hopes for a future men’s team at Simpson. Palea is also working towards bringing Iowa’s first collegiate beach volleyball team to Simpson.