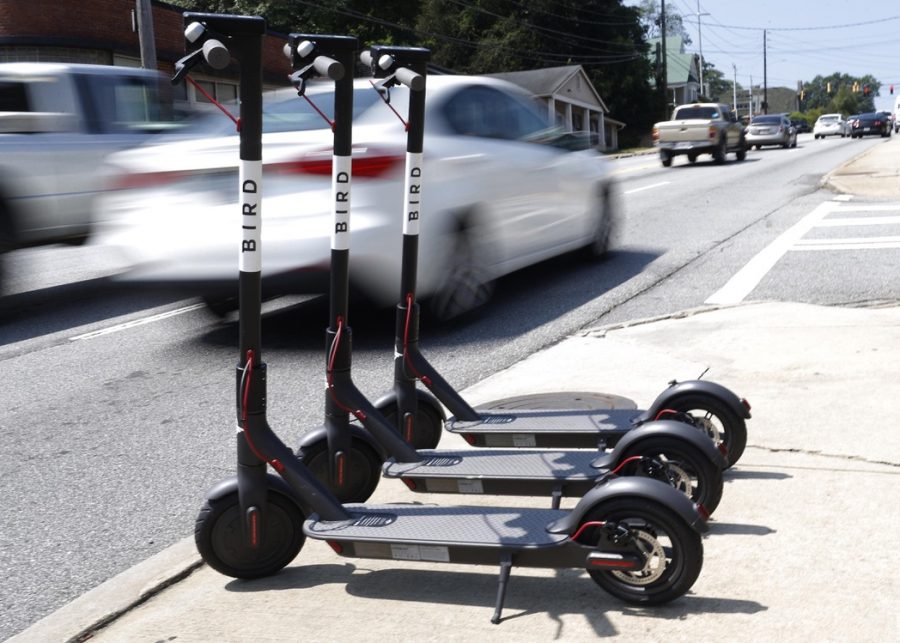 50 Bird electric scooters arrived in Indianola this summer. These small but powerful scooters can travel up to 15 miles per hour and provide more transportation for those without vehicles.

Members of the Indianola community can download the “Bird” app to begin using the scooters. Upon startup, customers must scan a QR code in the app to activate the scooter.

The scooters are not free to use – there is a base fee of $1 to turn the scooter on, followed by an additional 39 cents per minute during the ride.

Junior Emma Thul, who lived on campus during the summer, has tested the new scooters on multiple occasions.

Thul stated that the scooters made getting to work this summer a lot easier.

“I did ride it to work a couple of times. It’s a long walk from Clinton, so I avoided that with the scooter,” Thul said.

Thul stated that the scooters are a great addition to make travel more accessible for those without vehicles.

“I think overall it’ll be fun for the community to have that, especially for people who can’t afford cars. It will affect a lot of first years,” Thul said.

City Councils First Ward, John Parker, stated that the scooters could aid the townsfolk as well.

“We’ve been working hard trying to make changes downtown, make it more of a pedestrian-friendly entertainment and retail district,” Parker said. “It’ll make it easy to get back and forth from campus.”

However, not everyone loves the scooters – there has been some backlash from Indianola residents online, most notably on Facebook.

“The community hasn’t responded well, given the fact that they don’t think it’s necessary,” Thul said. “But after you ride one, I think your perception will change.”

Parker also stated that no one has complained to him personally about the scooters.

The Bird app asks patrons to place the scooters in the correct areas and positions, as shown in the app.

The Bird scooters are currently out of commission due to a SIM card signaling issue but are projected to be available for use again soon.