Senior Reade Reiter reflects on memories made during his college career 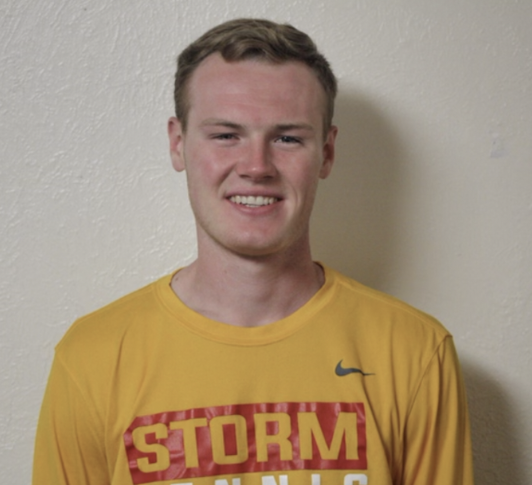 Reiter attended Keokuk High School, where he was constantly busy. He played baseball, basketball, swimming, football, tennis, show choir and was in the marching band. After he graduated in 2017, he decided to focus on tennis as an opportunity to play collegiately.

Reiter being close to home and the warm welcome he got from Simpson College were big reasons for his commitment.

“I chose Simpson College because of the feel I got as I visited campus. I loved the proximity to Des Moines and being so close to the capital of Iowa. I also wanted an opportunity to play tennis in college,” Reiter said. “I just wanted to be able to play for a school that was going to have a lot of fun because I knew I only had a few more years to have something like that.”

Reiter was always confident in becoming an elementary teacher when he arrived at Simpson, but he almost changed majors if not for two important professors.

“Jesse Wilcox was someone who I felt I could relate to. He was always so real, excited to teach, made everything fun, and challenged me to be a better educator every day. Without him, I do not think I would have continued education,” Reiter said.

“Also, Kate Lerseth, who was my advisor and the first education professor I had, helped in a big way. She made me feel valued and a part of the education department from day one; Reiter said”

Reiter is currently occupied with tennis for the time being, but he has many plans for post-graduation after the season is over.

“The plan for me right now is to get a teaching job K-3 somewhere and begin teaching. I want to get into coaching tennis or baseball right away or a couple of years down the road at any level. I want to eventually go back and get my master’s after working as a teacher for a couple of years,” Reiter said.

If Reiter could go back and give advice to his freshman self, this is what he had to say:

“I would tell my freshman self to always live up every moment to the fullest, go out with friends a few more times instead of staying in and stressing about homework or tests that I would not even remember what grade I got. I would tell him to make a lot more memories with friends and live up those memories because they are going to be gone in an instance,” Reiter said.