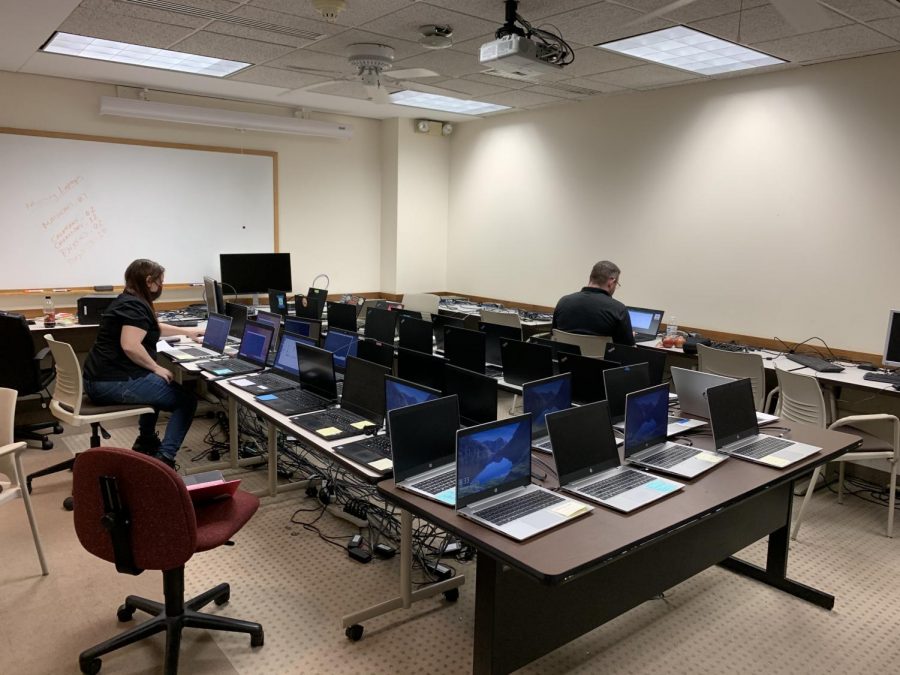 The IT department worked most of the Easter weekend to investigate the internet issues.

On April 2, Simpson College’s Internet crashed, canceling all classes for the day.

“Earlier today, we experienced a loss in internet access,” Jensen said.“It appears to have been resolved somewhat quickly, but the loss in connection then caused our firewall to lose access to certificates, and many of you saw issues with Outlook and Zoom (and other apps) as a result.  That issue has now been resolved and we seem to be stable now.  We have a ticket open with our internet provider and will continue to work with them regarding what may have caused the initial issue and domino effect on all of us.  We have resolved the certificate issue – so even if we were to lose internet access again, this same certificate issue would not rear its ugly head.”

Students received a text at 8:17 a.m. on Friday stating that all internet and systems had crashed on campus. Classes were canceled and students were told to await more information on college operations.

At 9:30 a.m. Heidi Levine, the Vice President for Student Development & Planning emailed all students informing “All internet and systems are down on campus. Classes are canceled for Friday, April 2. Supervisors are working with their staff to determine the status of their office operations.”

Campus dining was still able to operate under an offline backup system.

Saturday, April 3, students received another text stating, “Thank you for your continued patience as we work to resolve our campus systems outage. Updates as systems are being brought online.”

Sunday, April 4, students received an email stating that WiFi was expected to be restored Monday evening, and classes would resume as scheduled on Tuesday.

“Simpson College is currently experiencing technical difficulties that is causing temporary disruptions to certain computer systems. Upon discovery, we immediately responded to secure our systems and commence an investigation into the nature and scope of the potential incident,” the email said. “We have been working diligently to investigate the source of this disruption, confirm the impact on our systems, and to restore full functionality to our systems as soon as possible. We have substantial resources dedicated to this process and our investigation into the event is ongoing. We expect WiFi to be restored Monday evening and classes to resume as scheduled Tuesday morning. We appreciate your patience and understanding and apologize for the inconvenience.”

Staff and faculty were told to bring their Simpson-issued laptops to the IT department on Monday morning.

On Tuesday, April 6, Vice President Cathy Cole sent an email to Simpson students and faculty giving a progress update about the system outage. As of Wednesday evening, the IT staff had brought back up the Student, SC Devices, and Guest wireless systems, the log-in services, email and Moodle systems.

Cole said in an email, “We expect more servers to come back online tomorrow as they [IT] continue their work to secure the systems and continue the investigation into the source of the disruption, confirm the impact, and to restore full functionality to our systems as soon as possible.” SC Connect was still down on Wednesday.

On Wednesday, April 7, a number of students were unable to access Outlook, Moodle and SC Connect as systems began to reboot.

The source of the internet crash has not yet been announced.