Students take the proper steps towards the future of inclusion 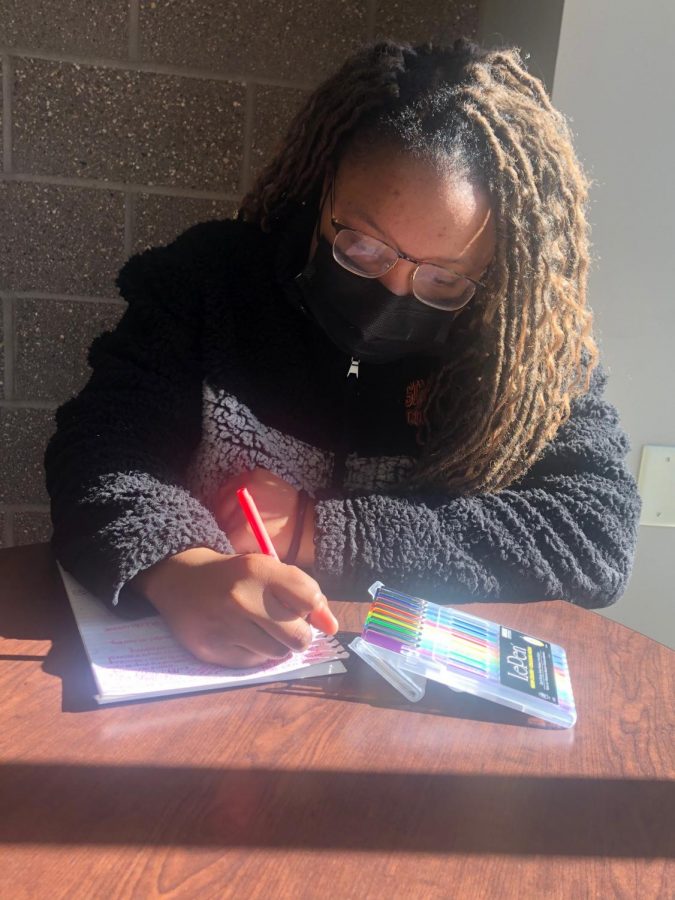 Senior Taylor Williams is working to get the group up and running.

An increase of diverse students on campus means a higher chance for racial bias.

Students on campus have always had access to Sexual Assault Response Advocates (SARA). Still, there has never been an opportunity for diverse students that experience racial bias to share their experiences.

Senior Taylor Williams is finishing a capstone project this semester with future students in mind, specifically those of color. Williams wished that there was an outlet for her in the fall during the Zoom bombing, graffiti and protests.

“It’s not at any fault to the administration, but students don’t feel like they’re being helped in the way they want. They don’t feel as comfortable sharing how the incident is impacting them. I wanted to create something where students could call in, and if they needed emotional support, they can get it,” Williams said.

The Racial Bias response team would function similarly to SARA while having various students with different skills and races. Although none of these plans are set in place, students agree that there needs to be a change.

Sophomore Student Body Vice President Chase Henry says that he would have no problem funding this organization for a good cause.

“Taylor has a great idea, and it’s at the right time. Luckily, the school is hiring a chief diversity officer that could also be their mentor or support system. I can’t say that SGA would vote yes, but I can say on behalf of myself and Jorge, we would back [the funding],” Henry said.

“The initial funding would be from SGA, but I do think long-term this is something that the school should fund if they do really care about DEI issues,” Henry added.

Williams was inspired by her senior project to create a response team because few schools across the country have them; only 231 as of 2016. After her research, she found that Wartburg College and Buena Vista University had a response team, two other schools in the American Rivers Conference (A-R-C).

Volunteers run the bias response team at Wartburg at the college, but Williams prefers Simpson’s to be student-led with a plethora of backgrounds to have that peer aspect and feel comfortable sharing with students their age.

Williams hopes SGA can fund this until it is a successful organization on campus. Williams mentioned that the President of the new Diversity Equity and Inclusion committee could take over as the organization’s supervisor to be a direct response advocate.

“Simpson is moving on some of the demands made by BSU [Black Student Union] last semester and going through the hiring process of the president of Diversity Equity and Inclusion,” Williams said. “My hope is that person would be the head of the operation, not necessarily the advisor, but all of the reports would go to them.”

Henry thinks that this is a step in the right direction for faculty, students, and staff. Simpson is encouraging students to sit in on hiring committees and give their input on applicants.

“That’s one thing that has changed that was missing in previous years,” Henry said. “Luckily, going forward, there will be a student representative on every committee on this campus, which is important to get a different perspective rather than someone whose focus is just on financials, statistics, or retention. Students are the reason that the college is continuing to be supported and growing, and I think President Keliher realizes that and is in full support of.”

After discovering a lack of resources this fall for diverse students, Williams wanted to make Simpson a safe space for the students who need it. Over her four years at Simpson, she has experienced racial bias too many times to count.

Junior Student Body President Jorge Castelan agrees that some implementations were needed, but he questions why the conference can’t get involved. He has reached out to other Student Governments across the conference to stay connected and make a difference in the ARC.

“Chase and I are working to connect all of the American Rivers Conference schools, that way, there is communication between students at one institution to another. Not all of the schools have replied, but I do think this can help us stay connected,” Castelan said.

“I didn’t know that they had racial bias response teams, so I will reach out to them in particular so that can be one of our first subject matters when we meet,” Castelan added.

Senior seminars tend to create a sense of accomplishment by the time students graduate. Still, Williams is working towards the future of a better, safe and welcoming college atmosphere for diverse students.