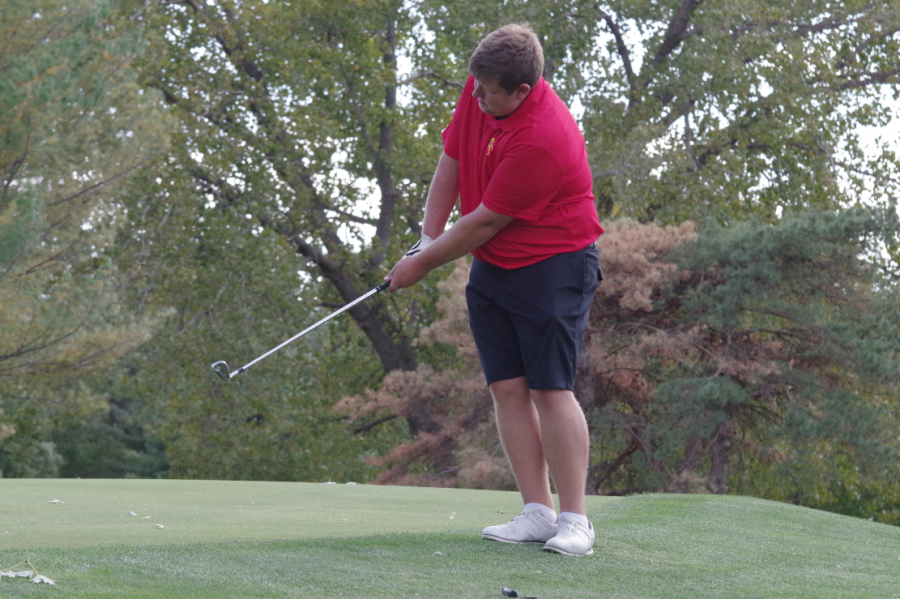 After a year of rebuilding for both men’s and women’s golf, the addition of new state-of-the-art tracking equipment could contribute to the teams’ improvement.

Head coach Larry Shoop has coached with Simpson since 2004, has been the women’s head coach since 2014 and now has taken the responsibility of coaching the men’s team this year after the resignation of the previous head coach this year.

A major rebuilding year for the men as they are down to five players presently, with senior Konner Johnson and junior Lucas Hemphill leading the charge for the Storm.

“We need to step up our game. Quite frankly, we need to work really hard, be very diligent in our practice environment, and try to get things going so we can represent Simpson to the best of our ability in the conference tournament,” said coach Shoop.

“So excited to just be able to go out and play some golf,” said Johnson after spending his junior year studying abroad then coming home to find out his spring season had been canceled due to the pandemic.

On the women’s side, it is a lot of the same thing as they, too, are also in the process of rebuilding the program with senior Emily Jansen at the top of the women’s program.

“[I] recruited her, she’s been with us for years, it has been a blessing to watch her grow and develop as she was quite shy in the beginning, and now she’s just being a tremendous leader for the team and just helps out immensely,” said coach Shoop.

The woman’s program is currently in their offseason as the competitive season for them does not take place until the fall. However, the team has been scheduled to compete in four tournaments this offseason taking place from March through the end of April.

With Simpson’s efforts to space athletic teams apart, both programs have been granted full access to one of the racquetball courts located in Kent as the teams’ indoor practice facility. The new setup will include a putting green, a launch simulator with a monitor displaying stats, and new hitting mats where golfers can tee-off.

This huge purchase for the programs will, in turn, lead to showcasing the equipment for prospective athletes looking into the program. As no other school in the conference has access to this, the project will serve as a massive benefit for current and future athletes who have this type of equipment in their possession.

More importantly, the new addition is a vital tool for the program. It aims to tackle swing improvement by using data analysis to breakdown each swing in preparation for matches.

“You can look at those numbers and say I’m where I want to be or I need to work on something, or it just gives you a more detailed look at your ball and your ball flight, which is crucial in the winter,” Johnson said. “Because like I said, if you’re hitting without it, it’s kind of like, That felt good, but it may not have been good.”

Both teams travel to Fort Madison on March 30 to compete in the Iowa Wesleyan Invitational.