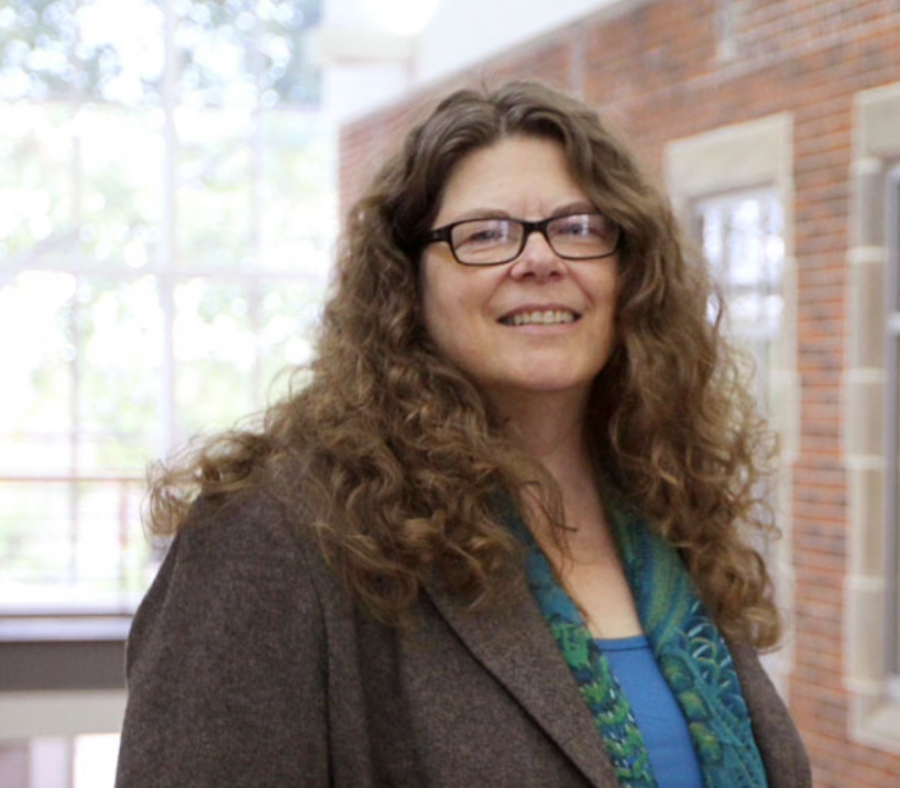 Professor Murphy Waggoner retires after 29 years in the Mathematics Department. Her replacement will be Marilyn Vazquez-Landrove.

Professor Murphy Waggoner is retiring after 29 years at Simpson College and will be replaced by Professor Marilyn Vazquez-Landrove.

Vazquez-Landrove will be the new Professor of Mathematics and Data Science starting in the fall of 2021 after being picked out of a pool of 300 applicants by the Mathematics Search Committee. The committee was looking for a candidate with a history in data science and actuarial science, and they were thrilled when they saw Vazquez-Landrove’s background.

Vazquez-Landrove graduated with a degree in mathematics and economics, and later she received her Ph.D. in applied mathematics. Her background as a mathematician who actively works in the field of data science as well as doing interdisciplinary work made her a great candidate for the position.

Assistant Professor of Mathematics Ross Sweet is overjoyed to have Vazquez-Landrove joining the Mathematics Department.

“As a department, we’re extremely excited for Marilyn to come on […] We’re absolutely thrilled that we found a candidate like Marilyn, and I think she’s going to be an amazing addition to our department,” Sweet said.

Vazquez-Landrove will be teaching classes, such as the Intro to Data Modeling and the Intro to Statistics course beginning in the fall, but she will also be heavily involved in the undergraduate research program in the summer after her first year.

At Simpson, students in the Math and Data Science Department are able to apply for the Brian Summer Research Program, which is an eight-week program That pays the scholars a stipend while they are staying on campus to focus strictly on research. Vazquez-Landrove will be leading one of the projects in the summer of 2022.

While the Math Department is excited for Vazquez-Landrove to be on staff, they are sad to see Waggoner retiring.

Waggoner was hired to work at Simpson in 1992 as an Instructor of Mathematics; before this, she was a computer programmer in industry work. During her time at Simpson, she went through the ranks as an Assistant Professor, Associate Professor, Full Professor, and then Chair of the Mathematics Department.

In addition to her teaching, she was also heavily involved with Simpson’s Habitat for Humanity group for many years. She took students on service trips all over the world, including Fiji, where they built houses, and Kentucky, where they hiked part of the Appalachian trails.

Throughout Waggoner’s years at Simpson, she has been the Chair of Education, Director of First-Year, Assessment Director, and Chair of the Educational Policy and Curriculum Committee. In addition to her several roles on campus, she graduated from Simpson with a degree in Spanish in 2009. She has also taught almost everything in the Math Department.

A few courses she has been proud of are a class about identity and how students represent themselves using graphic novels as well as Mathematics for Elementary School Teachers. In that class, they created quilts with mathematical equations on them and sewed them together. Some of these quilts are still hanging in Carver today, one of which is in Jordan Lecture Hall.

While Waggoner has valued the experiences and classes she had the opportunity to teach, she believes the best part about working at Simpson was the students. During her career, she has worked at three colleges as an adjunctive professor, all of which were vastly different from the others.

She said, “Because I was at those three different schools, I have a pretty broad understanding of what working with students can be like. It’s not until I got to Simpson that I got to see students throughout their four years. I got to know more about them, go to the plays that they were in, participate in service with them, watch them in sports, and all those sorts of things other than just having them in class.”

Faculty aren’t the only ones disappointed to see Waggoner go, students are as well.

“I love Murphy, and I am really sad to see her go […] I think Murphy is such a good professor. She can lead a lecture, and she just knows the material so well that she can still be such an effective teacher. You can still leave a lecture and be very well informed on the topic,” junior Mary Hendon said.

Professor Waggoner will be missed by many, and the Math Department looks forward to continuing what Waggoner started with the Data Science program.