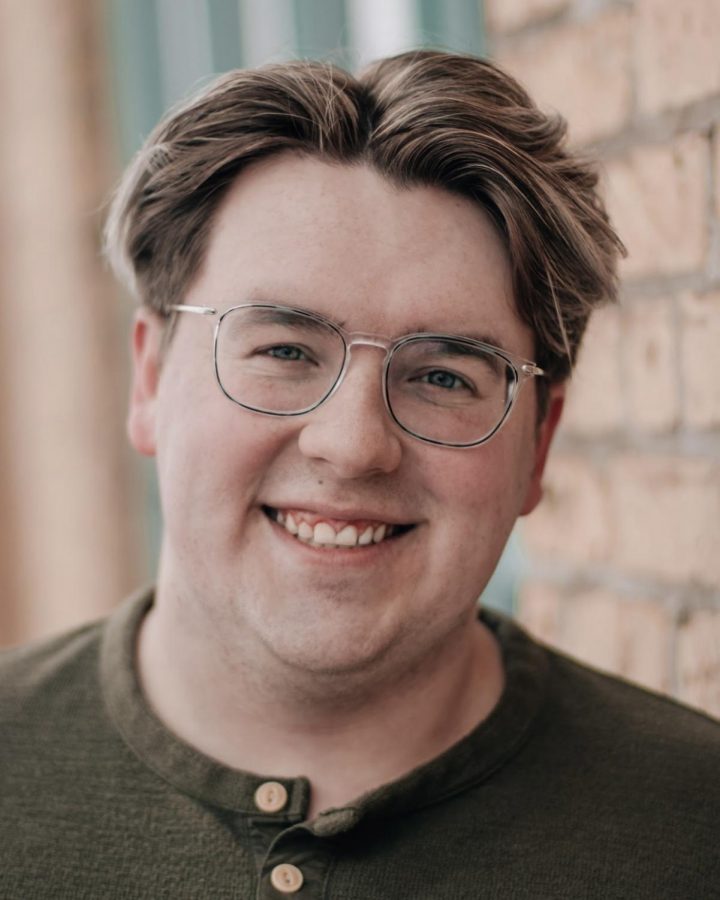 Senior Jack Strub is a double major in theatre arts and music with a minor in arts management.

Strub is from Brooklyn Park, Minnesota, and attended Blaine High School. Strub was a part of the STEM program in High School, taking engineering and architecture classes. He was involved in Theatre as well.

Strub decided to attend Simpson after a tour of the campus left him with a good first impression.

“We got this VIP tour all around campus, they showed us all the buildings,” Strub said.

Strub also met a fellow Simpson student while on that very tour who told him about the Theatre and Music programs.

“They say it’ll feel right when you find the college, and it felt right, here.” Strub expressed.

Strub’s favorite memory overall while being at Simpson is getting to be able to live in the Performing Arts Theme House with his six best friends during his sophomore and junior year. “We just did the craziest stuff all the time, it was always a blast,” Strub said. “Really having an independent life and house for the first time, all of that was my favorite memories at Simpson.”

Strub states that he will miss a lot about Simpson as he graduates, but mostly he’ll miss getting to perform.

“I love our theatre company; I’ve had a great experience and I’ve had a lot of really great opportunities with them and a lot of great roles,” Strub said. “Getting to perform with this company has always been a blast so I’ll miss that the most.”

If Strub could tell his freshman self one thing, it would be to be comfortable with who you are. Strub admitted that in high school he was scared to be himself, but now knows that it’s okay to be unique.

“I thought I was this weirdo,” Strub admitted. “Knowing that it’s okay to be different and that it’s actually a strength, not a weakness.”

Strub explains how attending Simpson has helped him grow as a person.

“Simpson has helped me grow as a person by giving me the confidence I need to go into the real world,” he said.

Strub explains that his plans for after graduation has been hard to determine because of COVID-19.

“My plan is to move back home to the twin cities and audition everywhere I can and use my networking skills and find something,” he said.

Strub also says that he has applied to grad school.

“I may go and get my Acting MFA or my Directing MFA if I get into one of those schools,” Strub said.