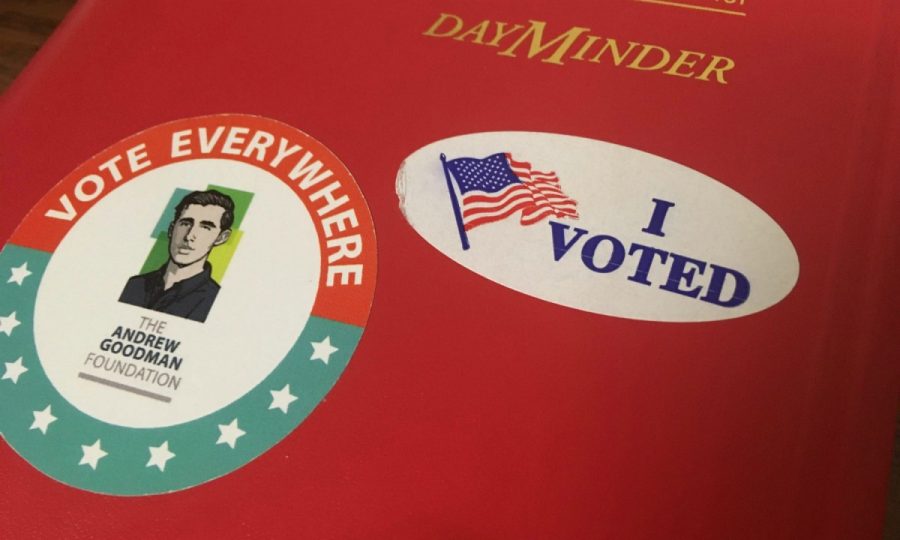 For the first time in Indianola, Iowa history, three women are running for the mayor.

The special election is being held on March 2 and is a result of former Mayor Kelly Shaw’s resignation.

Indianola City Council appointed Pepper to the position after Shaw resigned. Soon after, Erickson led an effort to hold a special election for the remaining nine months of the term.

The position of mayor will again be voted for in November as the term ends. Erickson was the only one of the three who confirmed for certain that she would run again.

Anyone who is registered in Warren county can vote at the American Legion on March 2 from 7 a.m. to 8 p.m.

Pepper previously worked at Simpson College and served on the Planning and Zoning commission for 12 years.

Pepper is the assistant vice president at Drake University and currently serves as Indianola mayor.

She previously served on the city council for seven years. She was appointed for the position and then had to run for that position again, just like she is doing now.

As mayor, Pepper’s responsibilities are to run city council meetings and oversee multiple projects that the city undergoes.

“When I heard that the mayor had resigned, I said I want to do this. I believe in our city. I love our city,” Pepper said. “I enjoyed my time tremendously both on Planning and Zoning and on the city council.”

For positivity, Pepper said, “I think our city has so many wonderful things to celebrate, and I want to focus on that. We have a lot of great partnerships… the city and Simpson, the Warren County Fair, the balloons, the Des Moines Metro Opera… I think we need to be positive.”

Pepper’s experience speaks for itself as she has served on the city council for seven years and the Planning and Zoning commission for 12.

For engagement Pepper speaks of her networking amongst Indianola.

“I have been engaged with my Simpson relationship, I know a lot of people in Indianola and I like to ask people what their opinions are… I want to listen and get people involved,” Pepper said.

Pepper also spoke about her pride in the renovations coming to the Indianola downtown area, including a project called Streetscape.

“Right now, Warren County (not Indianola) is building a new justice center in the center of the square. This spring, we are going to work on the square and do some strong updates that need to happen,” Pepper said.

These updates include a more pedestrian-friendly square and changing the square from two-way roads to a one-way street.

Erickson is a former student at Simpson College and an alumna of Kappa Kappa Gamma. She has lived in Indianola and has been active in the community since 2018.

“Whatever the outcome of this election, I will still stay engaged and involved and helping my neighbors and community in any way I can,” Erickson said.

Erickson said she decided to call for the special election and to run for mayor because she believes there are changes that Indianola can make for the better. She said this is due to interpersonal relationships on the council and the lack of healthy debate.

She said she is concerned about the city’s spending, taxes and the unusual amount of damage the city undergoes, such as water main breaks and potholes.

To give an example of this, Erickson told a story about a resident of Indianola’s skeleton decorations.

To raise awareness for a large pothole outside of her house filled with rainwater, the resident dressed her skeletons up and displayed them “swimming” in the pothole. This eventually led to Indianola hiring an outside vendor to fix the pothole.

“We shouldn’t have to do that,” Erickson said. “If a resident has an issue with a water hole outside of their house… we shouldn’t have to make big scenes like that. The city needs to get it done, we are a business, and our bosses are the taxpayers.”

Erickson said she wishes to offer weekly office hours if she is elected for mayor, where anyone can come to speak to her with concerns.

“When we don’t acknowledge that there is a problem and that somebody’s life is being impacted, it spirals out of control. Sometimes people just need to be acknowledged,” Erickson said.

“I want to hear from Simpson students,” Erickson said. “What can we do to keep you here? Let’s give you what you want. And of course, that costs money, but it attracts those bigger businesses.”

Erickson also committed to donating her potential $6,000 mayor salary to a charity in Indianola.

Steen has always called Indianola home. She graduated from Indianola high school and has had family in town back when her grandfather, Harvey “Mike” Fetters, was mayor from 1964 to 1967.

“For thirty years, I have been very involved in Indianola, mostly around the square, because of having a business there. I want people to know that the city of Indianola isn’t just the downtown square area,” Steen said. “The entire city is involved, and that includes Simpson College.”

Steen said that she would like to contact everyone she can to get all voices heard throughout the community. She currently runs a blog website to keep people of Indianola informed about the community and urges them to vote. People can find this at fullsteenahead.com.

“I just think conversation is totally important,” Steen said. “I would love to have communications with Simpson students. I would always try to be available. I will try to have hours where it is convenient to reach me.”

Steen said that the downtown area of Indianola needs vast improvement, pointing mainly to underground work. This would include sewer work and water systems being replaced.

Steen said she wants to make sure that she is impacting the city of Indianola in a positive way.

“If I am not doing a good job, I can really honestly walk away from something that doesn’t seem to be working,” Steen said. “Every step of the way, I’ve been contacting the Ethics Board with questions. That’s to be sure I’m not breaking any ethical laws or rules,” Steen said.

Steen said that to get more involved more with Simpson, she would be interested in coming to the campus and discussing with the community what they would like to see.