Shooting Sports team ready to get back to business 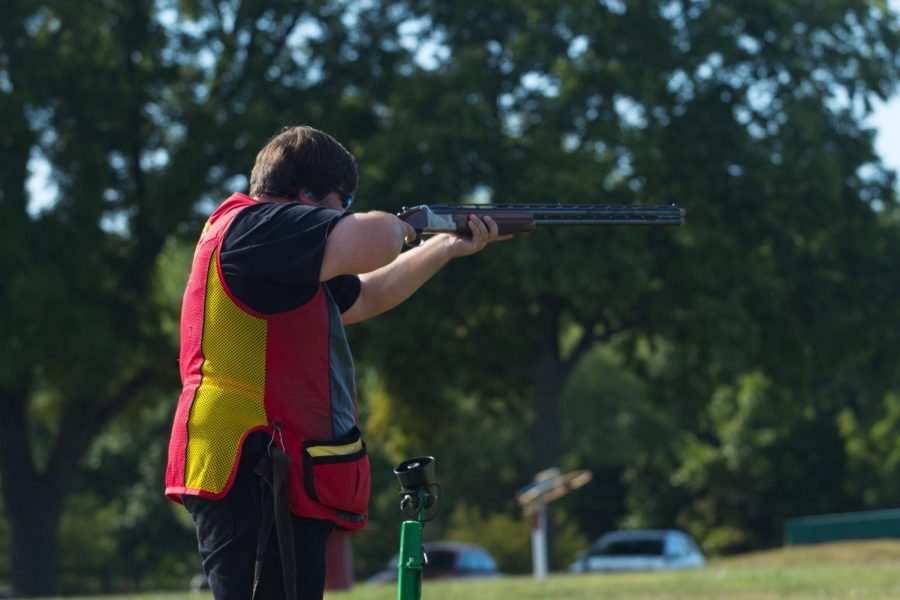 This spring season will be the last chance for senior Molly Sheehan and juniors Tristan Jensen and Kyle Myers to compete at the collegiate national level.

“I don’t like to lose, just as a competitive athlete we can all say that we all wanna try to do our best,” Sheehan said. “We know who we’re competing against and so we wanna try and be our best and do our best. Especially in our last season.”

The biggest concern for the team right now is getting more practice outside with moving targets before their first competition on Feb. 27.

The weather has been the biggest factor in keeping them inside. On Feb. 19 the team had its first outside practice at New Pioneer Gun Club in Waukee. Although they were able to practice outside, they were unable to practice sporting clays.

“We just started practicing outside and actually shooting. I think today was knocking off cobwebs, but once we knock the cobwebs off I think the three of us, not to toot our own horn, but we’re pretty high level shooters at this point,” said Myers.

When practicing inside, the team uses a simulator that gives them feedback on their shots. How close to the target the shot is, the tracking on where they’re pointing and the lead time between when the shot is fired and when it would hit the target.

Aside from the simulator the team’s head coach, Daniel Martin uses one-on-one sessions to help team members make necessary adjustments to their shooting. Jensen notes that these sessions help him find the small mistakes he doesn’t notice.

The team will be hosting a regional competition on March 13 and 14 at New Pioneer Gun Club.

Nationals take place in Magengo, Ohio on March 18. Before Nationals the team will have three meets to compete and get back into the competition setting.