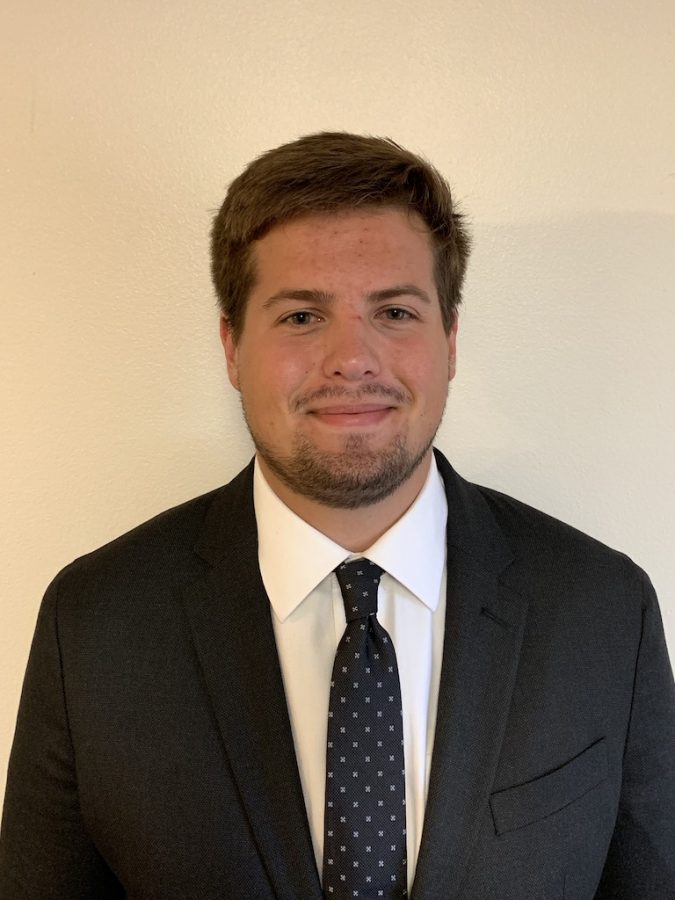 Submitted to the Simpsonian

Roush attended Hempstead High School and was involved in student government, FCA, basketball, baseball, football, and track and field. After graduating from Hempstead, Roush visited several colleges before finding what he was looking for, which was Simpson.

“I traveled across the country looking for a school that had a sport admin program while also having a small school feel and atmosphere. I did the Iowa Private College week tour, and my last stop was Simpson, and I knew it was a great fit when I stepped on campus,” said Roush.

During Roush’s time at Simpson, he was involved in track and field, career peer, SAAC, residence life, and the sports administration club. He held a couple of important leadership positions while at Simpson, including being the founder and president of the sports admin club, coaching 7th-grade boys’ basketball at Indianola School District, and being a residence life CA team lead.

Roush plans to go to graduate school in the fall to obtain an MBA or masters in sports administration. “I am currently looking for a program to continue my academic career. My goal is to work in athletic administration in a variety of different ways,” said Roush.

Roush is very thankful for his time at Simpson. “Simpson has been great for both my personal and professional growth due to the opportunities that they have afforded not only to me but everyone on campus. Opportunities such as networking with industry professionals, continuing my athletic career, and so many others have prepared for me for my time outside of Simpson,” Roush said.

Tayler Kietzer, Nicci Whalen, John Walker, Kenadi Bachelor, and Craig Konrady were some of Roush’s most influential people while he was at Simpson. “Without these people, Simpson wouldn’t be half the place that it is today. They truly care about the development and well-being of those at Simpson, and that’s reflected through their actions every day,” Roush said.

Roush’s best memories at Simpson were all of the little things he did, such as sitting around apartments late making memories with friends, Pfeiffer meals, and track meets.

Some advice he has for first-year students is “don’t be afraid to get out and try new things. You shouldn’t leave Simpson without being involved in a ton of things. Try new things and meet new people. It’s cliché, but I’ve met some of the best people in my life at Simpson,” Roush said.