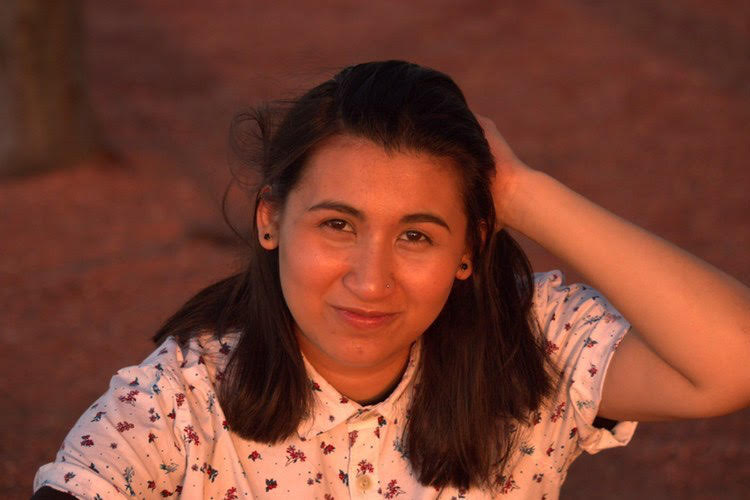 Senior, Melanie Gillet, is a double major in Political Science and History while minoring in Theatre Arts.

Gillet is from Glenwood, Iowa and attended Glenwood Community High school. She decided to come to Simpson because of the speech and debate and theatre programs and her friend from high school who was attending Simpson.

Gillet’s favorite memory at Simpson is being a part of Simpson’s production team and working backstage on the Putnam county spelling bee.

“It was just a great experience overall to be able to work with all of the cast and crew on that show,” Gillet said.

Gillet is involved in the Simpson production program and the speech and debate team. She is also the Properties UGA for the Simpson theatre department, and on top of this already packed list, Gillet also works at Upward Bound as a tutor mentor.

Gillet is currently looking for positions in the state government or law field after graduation. “I’m also looking at non-profit organizations, potentially working for AmeriCorps, just to get some experience,” Gillet said. “If not, I’m planning on fully moving to Ames and just living up there, taking a gap year and being independent for a while.”

Some things that Gillet is going to miss about being at Simpson and being able to hang out with her friends and do activities on campus.

If Gillet were to give any advice to any of the upcoming seniors of next year, she says to take advantage of the resources you have on campus now, or it will be too late.

“Talk to their professors, talk to their advisors and the career development staff. They’re there to help you utilize the resources that you have now because you won’t get those resources later on.” Gillet said.

Gillet also emphasized the importance of making good connections and networks with others on campus.

However, to Gillet, this was far from a normal senior year because of the COVID-19 pandemic.

“I’m kind of in that transition piece between what I thought was normal college life to what is now COVID normal,” Gillet said.  “I just hope that other students will also kind of take into consideration these new changes and try to find the positive things and try to be at peace with where they’re at now.”