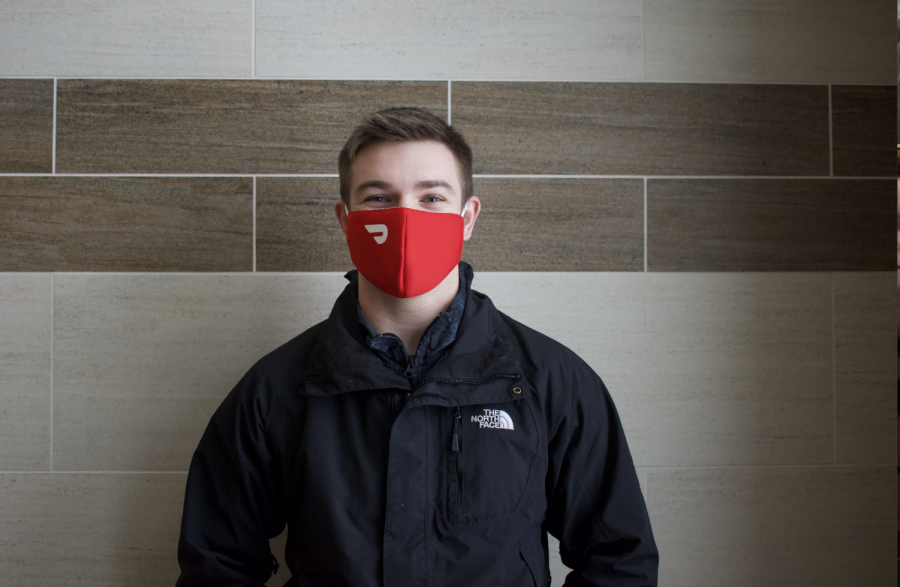 As food delivery apps such as DoorDash spread to the Indianola area, students turn to these apps not only for an off-campus meal delivered to their dorm but also for some extra income.

Community Advisor Christopher Shima says he began working as a DoorDash delivery driver this semester. Working as a driver or “Dasher” gives Shima an opportunity for extra income.

“I’m really not supposed to have an off-campus job with like specific hours. So, this allowed me to kind of, you know, make that money in a different way,” Shima said.

Campus employed students are not allowed to have more than one work-study position or other on-campus position but are able to drive for DoorDash due to the flexibility of the hours.

Senior Kimberly Roberts began driving this semester in an attempt to prove a friend wrong.

“One of our family friends does it as a full-time job, and he was saying that you can make a thousand dollars a week and was making all this money, and I kind of wanted to prove them wrong,” Roberts said. “So, I signed up for it to be like no, you can’t make thousand dollars a week. And I knew that this semester I have a lot of like extra time.”

Despite being able to prove her family friend wrong, Roberts continued to drive for DoorDash, enjoying the flexibility of the position and the ability to get to just driving around.

“I would say the flexibility and also well, I like driving. I like driving around town, especially when I’m bored or just like jamming out,” Roberts said.

Roberts has made some extra income each week, jamming out and delivering orders when she’s able.

“I think the most I’ve made is like a hundred in a week,” Roberts said. “Which I mean is a lot of money when you’re a broke college student, and I’ve only been out like at most maybe two hours a shift.”

Roberts says the location she delivers from most is Hy-Vee, delivering both food and groceries to customers.

Dashers also have the option of driving in Indianola or in Des Moines.

Shima said the most amount of money he has been able to make in one shift is $78 in just an hour and a half of driving.

Dashers can set their own hours by signing into the DoorDash app and selecting the hours they would like to work that day. Once they are logged in, the orders begin to roll in.

Students who are Dashers are able to log their miles and write off their gas expenses for their time driving.

According to Shima, Dashers are paid four dollars for each delivery and can earn an extra four if they are able to combine deliveries in one trip. Tips are also given to drivers.

Dashers can also earn peak-pay if they choose to drive at especially busy hours.

Shima says he’d recommend becoming a Dasher to any students interested but would recommend to also keep responsibility and flexibility in mind.

Students can apply to become Dashers on the DoorDash website.