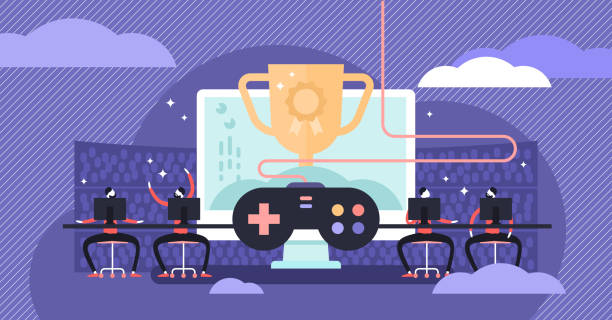 “The esports club started back in the Spring of 2019 by Sherwin Lacsa, Erik Knouse, Daniel Xu, who have all graduated, along with Jacob Kuehl and myself,” Larson said.

“We haven’t really had a meeting since the start of the pandemic. The last meeting would have been in like February of last year,” Larson said. “We are trying to figure out a good way to responsibly hold meetings during the pandemic. It’s pretty difficult to play games with each other in the same room, as you have to sit next to your opponent to do so.”

In the past esports has met on either Monday or Tuesday around 7 p.m.

Simpson’s esports club currently competes through an organization called GGLeagues which schedules the club’s matches against other teams who have signed up.

“Starting on Feb. 17, we’ll have a League of Legends match every Wednesday at 7,” Larson said.

The esports team competes in a wide range of different games.

“People in the club play all kinds of different games, anywhere from first-person shooters like Valorant, Overwatch, Rainbow Six: Siege, or Call of Duty to League of Legends, Super Smash Bros,” Larson said. “You can really find people in the club that play almost any game you can think of.”

Larson says competitively, the esports club only has a League of Legends team but are talking about fielding teams for the games Valorant, Overwatch and Rocket League.

“I think esports is definitely growing in popularity,” Larson said. “I’ve been interested in and following esports since I was like 10 or 11, and I’ve been fortunate enough to only see it grow, and now, esports is bigger than it ever has been. It’s broken into the mainstream, and I couldn’t be more proud.”

Esports has grown into a huge business.

“Multimillion-dollar companies are investing into teams, orgs and events and millions of people around the world tune in to watch their favorite games played at the highest level every week,” said Larson. “It’s incredible.”

Larson has loved participating on the esports team.

“I like esports because it’s a community,” said Larson. “It’s a place where people get to come together and share their love and passion for not just video games, but competition as well. There’re so many cool people that I’ve been able to meet and become friends with through esports. Whether it’s playing or watching, there’s something for everyone.”