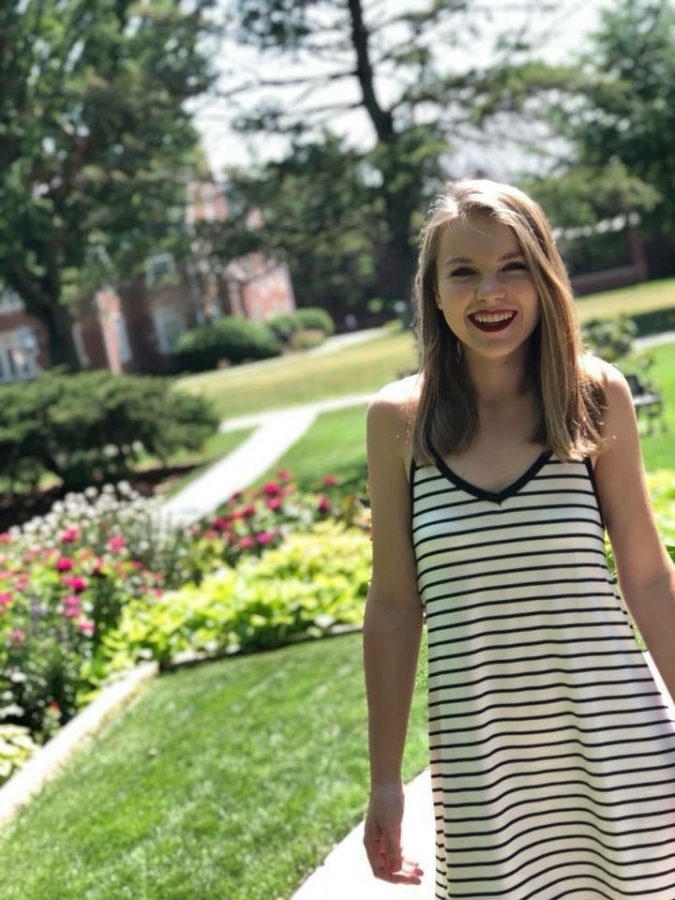 Natasha Shipp, a senior, is a double major in political science and applied philosophy and a student in the honors program.

Shipp is originally from Oskaloosa, Iowa. In high school, she was involved in band and debate. She also interned on Secretary Clinton’s presidential campaign in 2015 while still in high school.

After graduating, Simpson became a new home for Shipp. There are a few reasons she chose this school to pursue higher education.

“I was interested in the Culver Center. It looked like a great opportunity to get involved with politics outside of the classroom. And it was!” Shipp said, “I also had a great conversation with Professor Bardwell that helped show me that at Simpson I would be more than just a number and, as lame as it sounds, it was also really important for me to be close to home.”

Just like in high school, Shipp remained involved throughout her college career. She’s been a member of Kappa Kappa Gamma, where she was granted a leadership role in the first semester of her first year at Simpson. Shipp has also been involved in the Culver Center, Campus and Activities Board and Simpson College Democrats.

In her time at Simpson, Simpson has also made many memories and achieved accomplishments.

“There are so many little memories that make Simpson so important to my life. One of the most impactful experiences I had was going to a voter engagement conference at Harvard my sophomore year (thanks to the Culver Center),” Shipp said, “seeing that Simpson is recognized on a national scale in political science helped me understand that my education is important and respected.”

Shipp also has had three internships on campaigns throughout the years. She worked on Hubbell for Governor, Gillibrand 2020 and Greenfield for Iowa Senate. Each opportunity was a positive experience for Shipp.

“Each was impactful in their way, of course, but as a whole, I saw myself grow throughout each of them,” she said.

In addition to these impactful experiences, Shipp has worked with several faculty members who have greatly influenced her. Professor Bardwell, Professor Pauley and Dr. A. Wolf have made her time at Simpson worthwhile.

“I cannot thank them enough for helping me realize my potential and act on it. They gave me countless opportunities, and I am forever grateful,” Shipp said.

After college, Shipp plans to take a gap year before potentially pursuing graduate school. She hopes to get employed during the turbulent times of COVID-19. Ideally, she’d like to work in policy research/development or fundraising for a non-profit, while campaigns are always on the table.

Shipp has gained a lot in her time at Simpson. She hopes prospective students and underclassmen have their own positive experiences at college and offers this advice:

“Take opportunities as they come. I have learned, perhaps the hard way sometimes, that you should aim to be flexible with these four years. Don’t be afraid to take a class that you may be interested in that doesn’t fit your major, that’s how I fell in love with philosophy,” Shipp said. “Challenge yourself to learn things outside of your major, also. Take advantage of being at a liberal arts school where these things are possible.”