Castelan and Henry announced as winners of SGA election 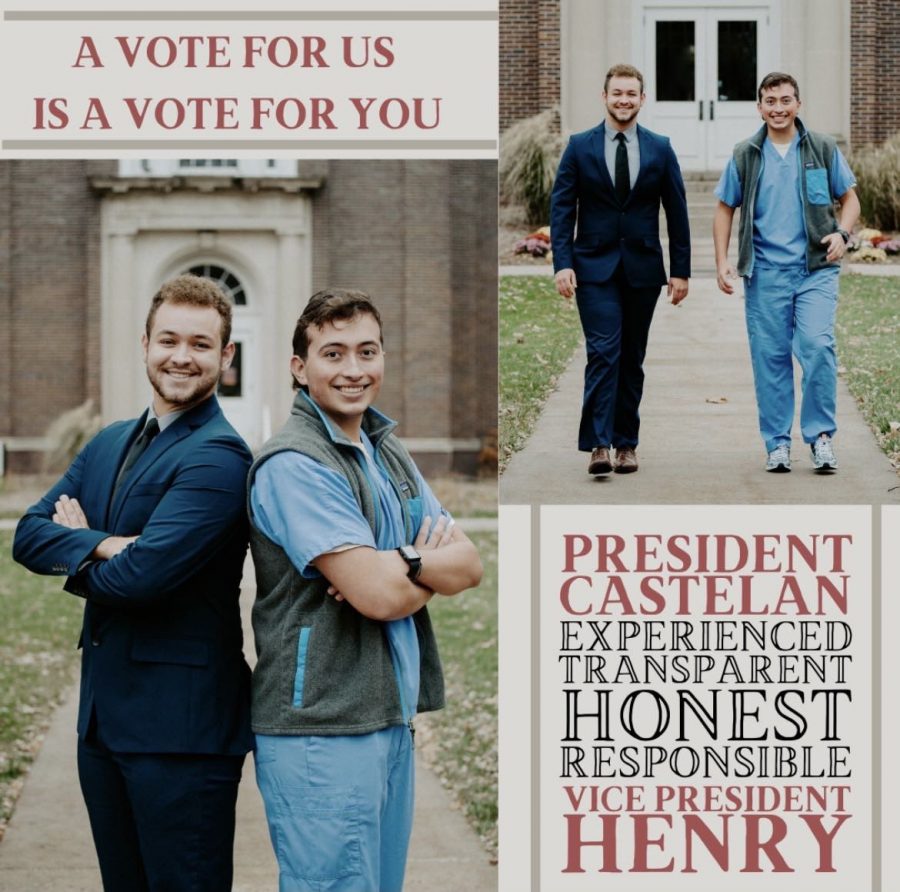 Castelan and Henry’s poster for their election campaign.

Both Castelan and Henery have been had positions on SGA before.

“I would like during my term to make Simpson and more inviting and more fun environment,” Castelan said. “I wanted to run to have a continuum of being very transparent as we have been.

“One of my largest goals would be growing the transparency and constantly asking for student feedback within SGA and also externally through all the different clubs and organizations this campus has to offer,” Henry said. “Hearing the students’ voices is very important, and I want all students, especially the students of color, who have been doing a great job of making sure their voices are heard throughout a difficult semester filled with devastating events and many other struggles.”

A survey monkey was sent out to students emails on Nov. 16 for voting and closed on Nov. 23.

Castelan and Henry announced their win on Nov. 21.

“A big change I want to see is professors holding themselves to the high standard they are holding their students,” Henry said. “Some professors are doing a great job, but others are refusing to integrate Zoom and different methods into their ways of teaching. Mental health is extremely important, and I want some more clarity to professors that we, as students, are having many different struggles dealing that normally would not happen.”

Castelan stated that he believed in the importance of working together to solve issues.

“I think we need to focus on attacking our campus issues one step at a time,” Castelan said. “Because when we can all come together to attack one issue, it’s more effective than trying to diffuse and do many things at once.

Castelan and Henry will take office in the coming weeks.