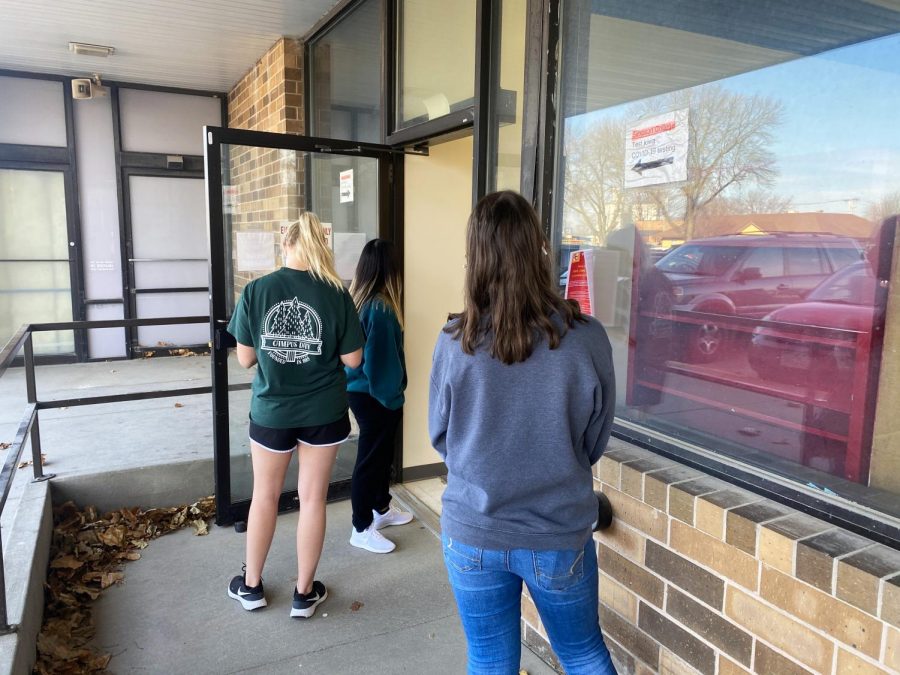 As of Wednesday night, Simpson College has 115 cumulative cases of COVID-19 throughout the 2020 fall semester as of Nov. 18. Simpson currently reports 23 cases as active, along with 59 students in quarantine.

“I believe the significant upticks on campus are related to social gatherings on Halloween night,” said Director of Health Services and Crisis Management Team member Katie Lee via email.

The Simpsonian conducted a Twitter poll, asking, “did [students] practice safe social distancing on Halloween?” 76% of students said “yes” and 24% answered “no.” A total of 171 people voted.

On Nov. 2, just before the newest sports random testing cycle hit, Simpson had six active cases and 55 cumulative throughout the semester.

As of Nov. 17, Simpson has 107 cumulative cases, doubling the cumulative number on Nov. 2.

The spike in cases prompted Simpson and the Crisis Management Team to move Simpson from the yellow phase back to the orange phase.

Orange phase still includes students living on campus and attending class in-person, but it prohibits students from having anyone in their family units except roommates and suitemates.

With just two weeks left of in-person classes, Simpson weighed sending students home to prevent an even bigger outbreak, but they decided to keep students on campus until Thanksgiving.

A separate poll on Twitter conducted by The Simpsonian asked, “Do you think that Simpson should send students home early to prevent the spread of Coronavirus?”

Junior Jordyn Wilson is a part of the group that believes students should be sent home to prevent any more cases from happening.

“We have seen a dramatic uptick in positive cases,” Wilson said. “It doesn’t seem smart to stick around and let them continue to grow because many students are being irresponsible on the weekends and not following the protocols the school has suggested.”

Senior Layne Richey doesn’t want students to be sent home for health concerns, but he would rather have in-person classes be optional instead of mandatory.

“I personally know that I would risk giving an at-risk family member a death sentence,” Richey said. “Mandatory in-person classes; however, should definitely not continue as the cases rise drastically.”

Sophomore Dylan Smith hopes to finish out the semester in-person because of his study habits.

“If we do have the opportunity to finish the rest of the semester in person before we get sent home for break, I believe we should because some students learn better in person,” Smith said.

However, overall, Smith is indifferent to what decision Simpson makes.

“But you also have to think about the students’ safety, so I honestly am not opposed to being sent home early,” Smith said.

Currently, Simpson is remaining in the orange phase and is encouraging all students to take social distancing and mask-wearing seriously.