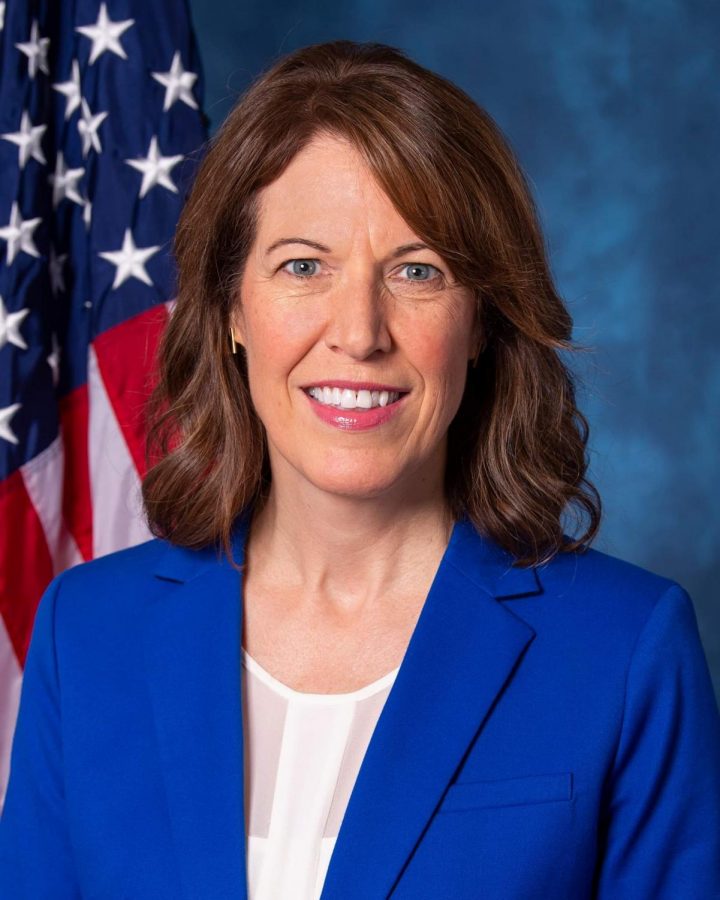 According to the Des Moines Register Young conceded the race late Tuesday, although the AP has still not called the race for the district covering Des Moines and southwest Iowa.

Her win in 2018 marked the first time Iowa has had women serve in the U.S. House of Representatives, along with Abby Finkenauer in Iowa’s 1st Congressional District

Axne grew up on the southside of Des Moines, spending the summers on her grandparent’s farm in Warren County. Axne attended college at the University of Iowa, graduating with a bachelor’s degree in journalism. She later got her MBA from Northwestern University in business administration and management and marketing.

Axne worked for the State of Iowa, working with over 20 state agencies to deliver government services from 2005 to 2014.

Axne’s family was one of the thousands of Iowans who have had their family lose healthcare from Aetna, according to her campaign page.

“In Congress, Cindy is fighting for a public option that allows Americans to buy into Medicare so that every American has access to affordable, high-quality healthcare,” Axne’s campaign website said. “Cindy is working to maintain and improve the Affordable Care Act, stop House Republicans from allowing the return of lifetime limits, make sure that people cannot be discriminated against for having a pre-existing condition, and lower costs, including prescription drugs.”

Axne’s campaign website tells that as a mother to two sons in public school. She knows why high-quality education is essential—noting that she wants to be able to reinvest in public schools, preparing the next generations for jobs to support a family with affordable access to community college, apprenticeships, trade schools and four-year colleges.

“Cindy is fighting for a greater investment in our community colleges and to grow apprenticeship programs and trade schools so that every student has the opportunity to succeed. She is working to expand Pell Grants and cap the interest rates on student loans so that Wall Street banks aren’t profiting by burdening young people with debt that will take them decades to repay,” Axne’s campaign website said.

Axne will begin her next term as U.S. Representative for Iowa’s 3rd Congressional District in 2021.