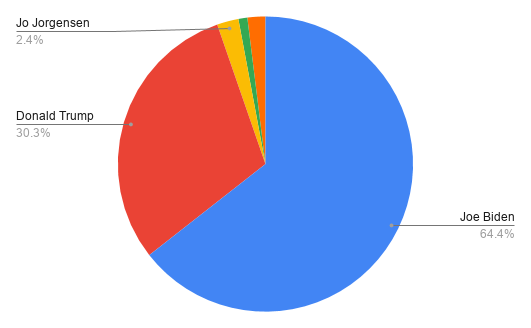 Despite a majority of students identifying as moderate, a recent survey found Simpson students more likely to vote for Joe Biden 2:1 versus Donald Trump.

The Simpson political science department and The Simpsonian teamed up last week to conduct the survey in order to gauge the political beliefs and values of students before the 2020 election.

“I’m interested in the top line, which is who people voted for, there’s other information in there that maybe takes a little more digging to get at,” said Kedron Bardwell, department chair of political science. “We did ask people to name what they think the most important information is in the country.”

The survey was conducted through SurveyMonkey and shared with students via their student email addresses. A convenience sample of Simpson College students was used to determine the results. While 510 students answered the presidential question, only 475 completed the survey all the way through.

The results of the survey are intended to provide insight into issues of importance of Simpson students as well as voting tendencies before the 2020 presidential election.

“It’s a way to talk about why what happened, happened,” Bardwell said. “We won’t know what will happen until then. This is more of a preview of how Simpson might vote.” 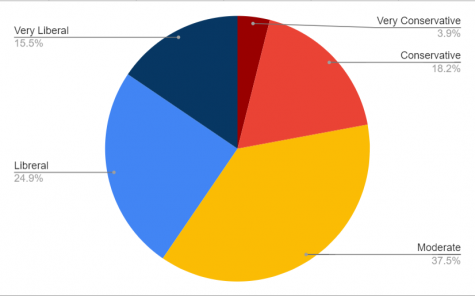 According to Bardwell, this is a normal statistic among college students.

“That’s the general [moderate] sometimes people use that term cause they don’t wanna be seen as too political but it’s normal for student populations that we’re center-left,” Bardwell said. “Not as many very conservative, a decent amount very liberal, liberal and moderates the biggest.”

Questions on the survey prompted students to communicate their opinions on pertinent topics such as the Black Lives Matter movement, COVID-19 response and opinions on the presidential candidates. 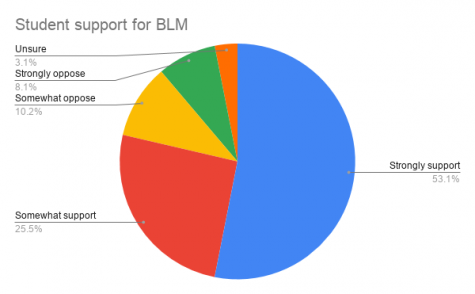 In terms of a statewide mask mandate, 62.29% of students strongly supported, 16.25% somewhat supported, 10% somewhat opposed and 11.46% opposed a potential mandate. 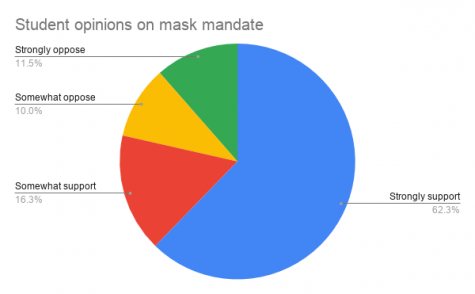