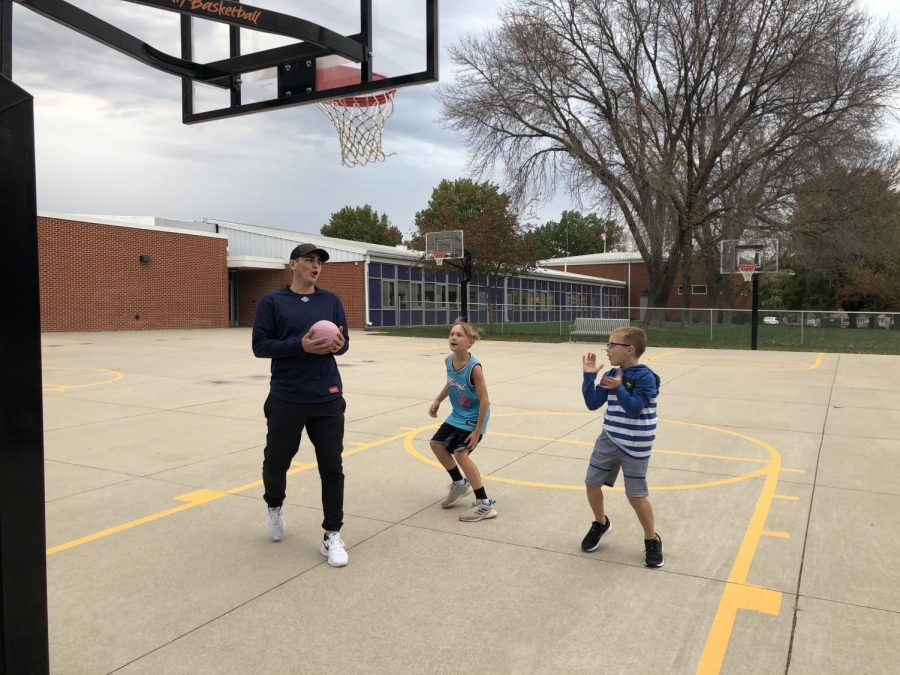 When fifth-year senior Josh Breithbarth thought of his mason jar at home filled with various pennies, nickels and dimes, he knew it was time to make a positive difference in the lives of others.

Breitbarth reached out on Twitter and others to see what he could do, but it was the idea of his mentor, John Fitzpatrick at Indianola High School, whose idea stuck.

Fitzpatrick suggested that Breitbarth try helping out with recess equipment since COVID-19 caused the playground to be split amongst the students, not allowing for each of them to play with all the park fixtures they want to.

“There’s a lack of things to play with due to COVID, so we came up with this idea of giving each school in Indianola a set of equipment,” Fitzpatrick said.

It was then that Breitbrath decided he would donate all the spare change he could to the equipment and help raise as much money as he could for the cause; ‘Spare Change for Change’ was officially underway.

Breitbarth, a physical education major, said that the goal of the program is to reach $2,500 to provide each of the four Indianola schools with their own set of equipment.

The senior outlines how having proper recess equipment has consequences for physical activity later in life.

“Physical education is huge,” Breitbarth said. “If there is a lack of equipment or opportunities for kids, I feel like it hinders their [desire] to participate.”

His interest in helping with the recess comes from the enjoyment of the break time as a kid and wanting to bring that to today’s children.

“I loved recess,” he said. “Recess is what I looked forward to…It is a great time to let energy out and get those active minutes of the day.”

Breitbarth wanted to help Indianola because the town has held a special place in his heart.

“Indianola has been my home for the past three years now. I have no complaints,” he said. “It is also closer to home being an education major and working closely with all the schools in town.”

The senior emphasizes just how much the schools have done for him as he tries now to give back to them.

“They have given me opportunities I am lucky to have,” Breitbarth said. “I have met some of the best mentors through the Indianola school district.”

Jon Fitzpatrick, the assistant athletic director of the high school and Breitbarth’s mentor, sees Josh as a leader on Simpson’s campus.

“Josh is the most humble and selfless person I know,” Fitzpatrick said. “He is always putting others before himself and looking for ways to help out. By heading up Spare Change for Change, he has the opportunity to make a difference in every elementary building in our district.”

“The relationship we have between the public school and the Teacher Education Department is so critical for us to help Simpson students become effective teachers,” Wilcox said. “Anytime the Simpson community can give back to public schools is just amazing and can strengthen that relationship.”

Anyone can help Breithbarth reach his goal by donating to the fundraiser’s Venmo @spare-change-for-change or clicking on the GoFundMe link attached here.