Anna Wanek serves a challenge for her competitors 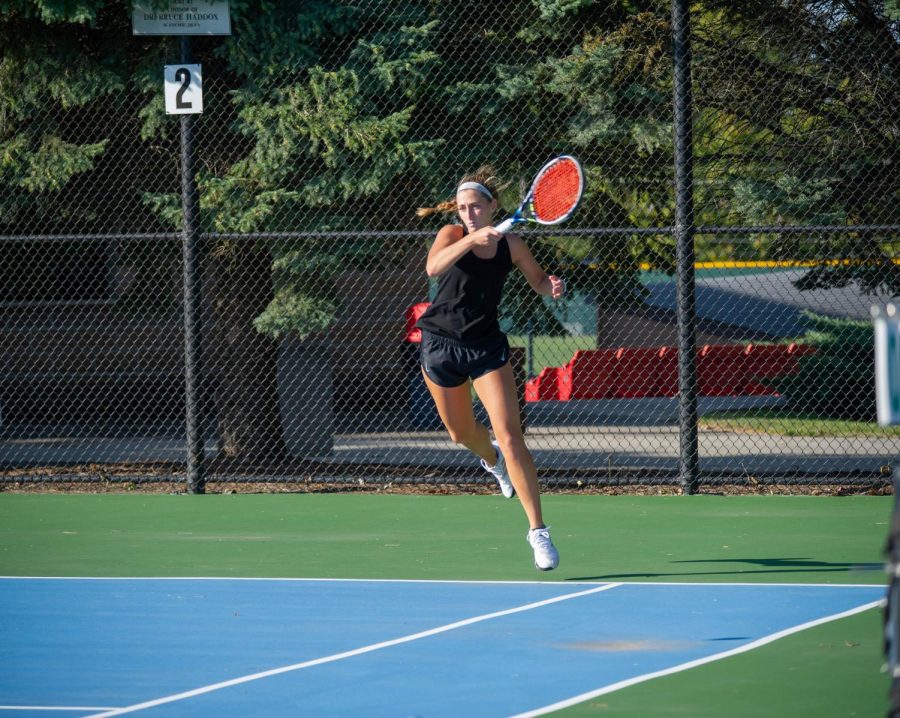 Wanek volleys with a competitor.

Junior women’s tennis player Anna Wanek, who started her college career at Minnesota State Mankato with a sole focus on basketball, now is dominating on the tennis court.

“I decided to transfer because I wanted to be closer to home while also being able to continue my basketball and tennis career,” Wanek said. “It was a tough choice, but it was ultimately one of the best decisions I’ve ever made.”

Being a transfer student in a pandemic is difficult because there are no opportunities to go on visits in person, and decisions have to be made based on phone calls.

“I actually didn’t even take a visit to Simpson because everything was shut down,” Wanek said. “Academics was huge for me when looking for a new school, and my conversation with coach Niemuth and also knowing [coach] Faith from high school was what ultimately got me to Simpson.”

Wanek’s last tennis match was in 2018, her senior year of high school. That same year she was the runner-up in the state tournament. Two years later, she is back on the tennis court sporting a 10-0 record in singles.

“I always kept at it whenever I had time to play,” Wanek said. “I brought my racket to Minnesota State with me, and I still stayed in touch with the sport, so coming out of retirement and having success has been a blessing, to say the least.”

Wanek and her doubles partner Emily King have been quite the duo so far, notching a 7-3 record. The two have grown close with each other and complement each other well.

“We’re just so thankful to get back on the courts,” King said. “Anna is such a good player, and we push each other to be better.”

On top of being the Simpson female athlete of the week, Wanek was also named American Rivers Conference player of the week twice.

“I felt very honored, but all the credit goes to my double partner Emily and my head coach Faith,” Wanek said. “We have been putting in the hard work, so it’s nice to see the hard work pay off.”

While Wanek has already left her mark on the tennis court, she also looks forward to playing on the hardwood.

“I can’t wait to play basketball once the tennis season is complete. It will be a lot of fun to compete with my new teammates and coaches,” Wanek said. “I’m ready to do whatever is asked of me and can’t get to work.”

This coming weekend Wanek will be competing for a conference title where she hopes all her hard work will come to fruition.

“It’s been a great season so far. Everyone has been working so hard, and I can’t wait to see what we can all do in the conference meet,” Wanek said.

The American Rivers Conference Individuals championship will be Oct. 17 in Des Moines.