Starbucks PSL: Students -Espresso- Their Opinions on the Popular Drink 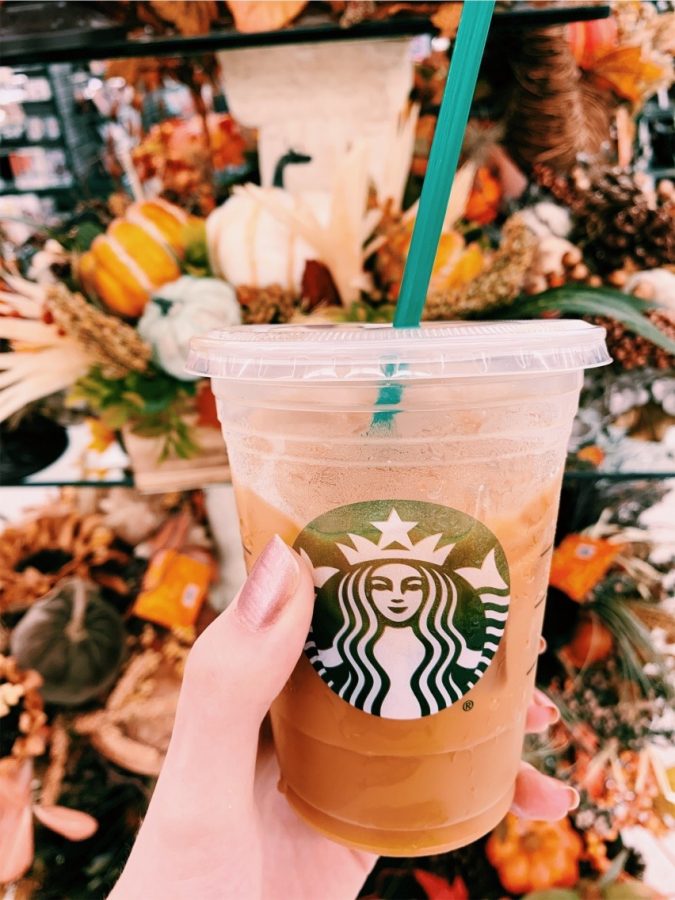 2020 has been a year of surprises, including the earliest release of the famous Starbucks fall fan-favorite Pumpkin Spice Latte (PSL) in late August.

Senior Hannah Parks was originally skeptical of the autumn latte but had a change of heart. Once in Washington DC, Parks stopped at Starbucks before work.

“I saw the PSL and said ok I’ve been a jerk about this drink for so long and I’ve never even tried it. That’s stupid. So I ordered it,” said Parks.

She told the barista she had never had one, and he wanted to know her impression of the popular, trendy drink. After her first sip, Parks felt a wave of guilt for previously bashing the drink as she found it to be delicious.

Senior Mackenzie Ritscher is not a fan of the PSL, mainly due to the fact she does not like the flavor of pumpkin and would rather sip on apple cider to celebrate fall. Even though Ritscher isn’t a fan, she does get slightly excited for PSL season.

“Maybe I look forward to it because it means that it’s getting closer to the time when my favorite drink comes out [peppermint mocha],” said Ritscher.

Junior and coffee enthusiast Anastasia Facio describes the PSL as “a drink that gives a sense of warmth and comfort.” But as a whole, she does not necessarily look forward to Starbucks PSL season, as she considers the drink to be slightly over the top with all the extra flavorings and toppings.

“I think it gets a bad rap because people see it as ‘basic’ and they think it’s just another crazy coffee creation. I think the drink is good simple, but I don’t like how over the top people get with extra spices and stuff,” said Facio.

Enjoy this -brew-tiful- season by celebrating with a Pumpkin Spice Latte or other Starbucks menu item of your choice today, as this will not be available to purchase a -latte- longer.