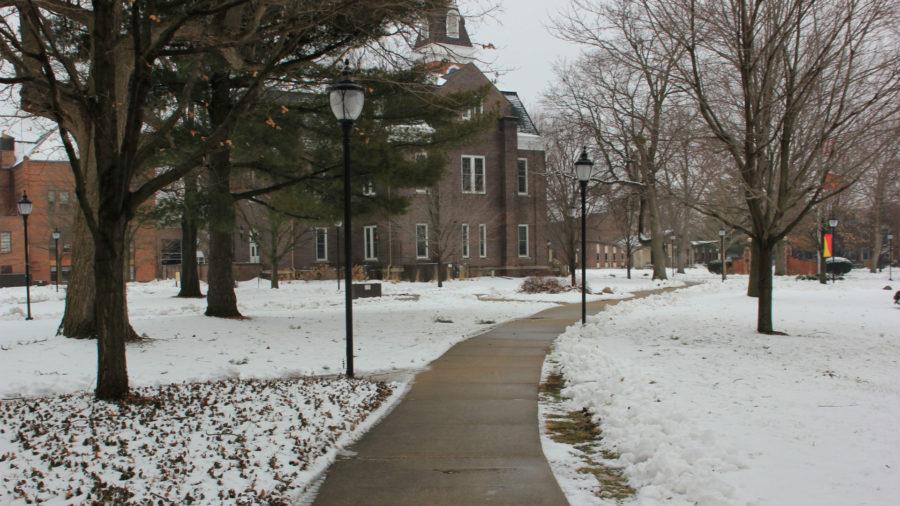 With last Monday’s blizzard warning, there was a begging question around campus: Will Simpson College close?

When students received the email warning of a possible closing, many on campus became excited.

Who doesn’t want a snow day? Especially in college. The chance to sleep in? Priceless.

Simpson did not close, to the dismay of many students and faculty alike, as the anticipated blizzard did not deliver as expected on Tuesday morning.

In many other parts of Iowa, however, public schools were closed for up to three days due to the snow, ice and wind.

Simpson rarely closes its campus. When most students and faculty live on or near campus, transportation generally isn’t an issue like it is in grades pre-k through 12. Also, because Simpson is such a small campus, it takes only about seven minutes to get from one side of the campus to another, making it easy to get to class.

According to Heidi Levine, vice president of student development, the way the decision is made depends on the situation. If blizzard warnings are in effect a day or two before, the panel will periodically keep in contact, assessing how to proceed as conditions change.

They assess road conditions in and around the Simpson campus and the Indianola community to make their decision.

In instances where there isn’t much warning, the decision is made relatively quick, usually in less than an hour.

“Sometimes we’ll conference call. It’ll be about 6 in the morning,” Levine said.

Levine also commented that the term “closing” is a misstatement. When the campus closes, it doesn’t actually close. The basic necessities, such as security, food services and facility services, need to be there even when classes are canceled.

Buildings will still be open and students will be able to continue with their day as normal.

Outside of winter weather, Simpson’s closing panel will almost never meet unless there’s a freak catastrophe.

Levine said during the beginning and end of tornado season, the start and end of the academic year, it’s hard to pull off closing campus. Thunderstorms are no big deal for Iowans.

What’s a little lightning and thunder? Unless there’s major flooding conditions or a big power outage, or a very close tornado watch or warning, there’s a slim chance of campus closing.

So next time there’s a winter storm, you might get an email, but a word from the wise, don’t get your hopes up about campus closing. But you never know, maybe someday Simpson will surprise you.