The Clock is Ticking on TikTok 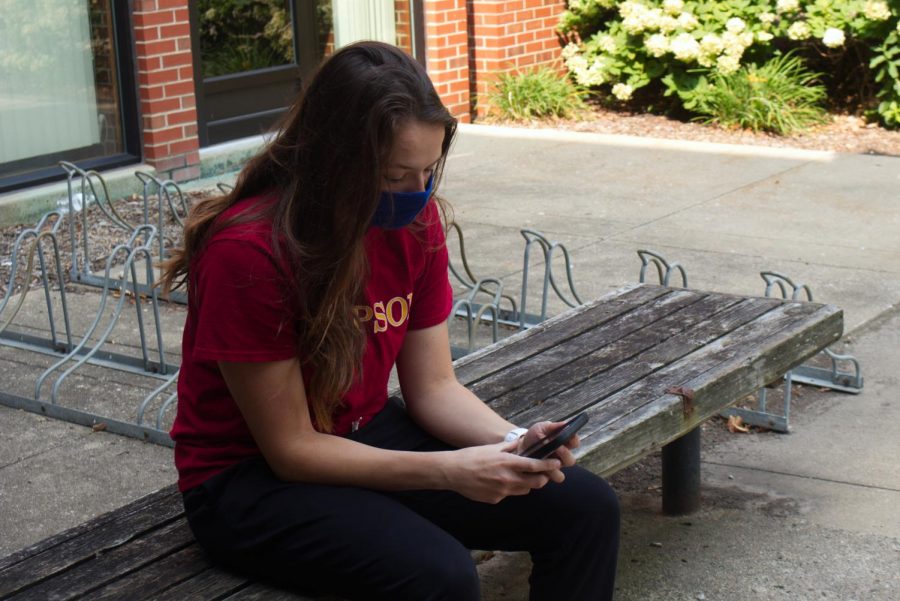 This past week, the president made his intentions known that he wanted to ban TikTok because it is a “national security threat,” but Simpson students do not see this notion as entirely truthful.

Sophomore Derek Maxfield sees the social media platform’s prominence as one that is not warranted at this time.

“It is so stupid,” Maxfield said. “His reasoning for it being a security threat is not valid. Our information is already being taken from many different places already.”

In fact, Maxfield views the banning notion as nothing more than a distraction from other, more pressing issues that the president is facing this election season.

“Since he is doing this, it is taking the spotlight from other things. He is downplaying other events that are going on,” Maxfield said. “It is not something that needs to be front and center on his agenda.”

Maxfield admitted to spending at least five hours a day at his peak viewing time just before returning to campus.

“I ended up deleting it to be more productive, but seeing that I may not be able to download it soon, I redownloaded it in case I want to use TikTok again,” he said. “Personally, the ban would not affect me too much, but I would be upset because there is no reason for it to be banned.”

Sophomore Katie Burns, a TikTok creator, and viewer, does not see TikTok as a primary target for being a security threat.

“[TikTok] is a place where people can go to express their emotions, connect with each other and see how other people live their lives,” Burns said. “It does not have any real impact on anything.”

She admits that although TikTok is not perfect, there are other platforms that could also be attacked for the same reason.

“Facebook, Instagram and Snapchat also send bad things out to the world. TikTok is not the main source of negative comments and negative posts. I just think he is really overdoing it,” Burns said.

Burns also presents the thought that Trump’s personal campaign could be causing some distaste for the growing video-production app.

“There are a lot of TikToks going around about political campaigns. [Some] say bad things about him and he could be thinking that taking that away could help his campaign and decrease negativity against him,” Burns said.

She confesses to using the app over two hours a day to watch a wide variety of videos. These include weight training montages, motivational scriptures and health-related food videos.

“TikTok is another addiction. You just keep watching and watching. I would not be terribly upset to let it go, to be honest,” she said.

Sophomore Dylan Smith considers the pros and cons of TikTok when deciding his stance on the banning of the app.

“People have been using it and it has led to a lot of people becoming famous. However, [the effect] it has on younger children especially can be very negative too,” Smith said. “You can ban certain videos that may be inappropriate on TikTok, but I do not think banning it all is the best thing to do.”

Smith also expects the United States’ future relations with China to be negatively impacted through the banning of TikTok.

“China made the app. Since they are not selling all of it to us and Trump is trying to ban it, I see this having a negative effect on us,” he said.

Smith was a creator in the past and spent two to four hours a day on TikTok making videos with his friends and family.

“I sure hope TikTok sticks around. I do not want to see it go too quickly,” Smith said.