Keep calm and golf on 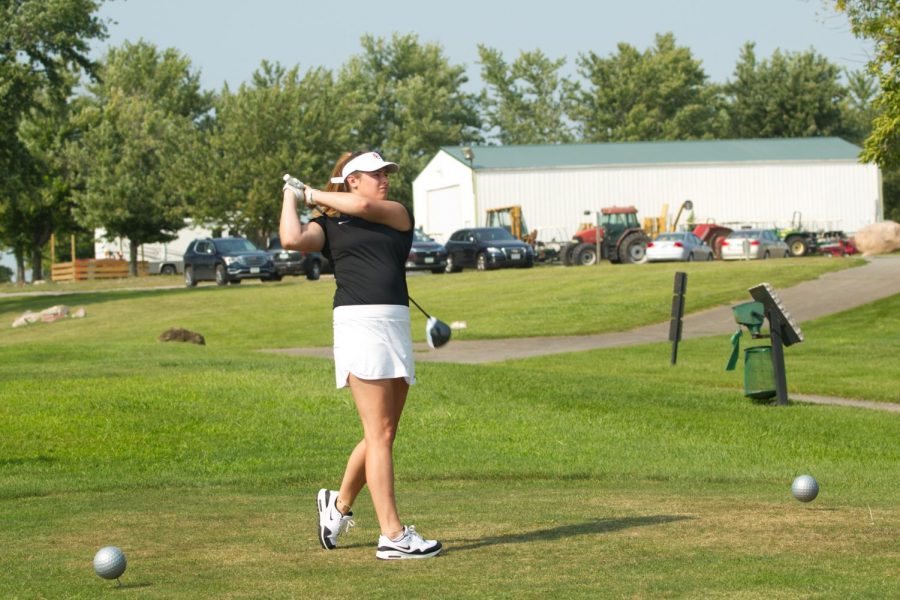 Men’s and Women’s Golf is among the few fall sports that are still pushing forward with their seasons.

Senior leadership is vital for both teams this year. The women’s team brings back Emily Jansen and adds softball standout and American Rivers Conference home run leader from 2019, Megan Crockett. The men’s team will bring back seniors Nathan Eaton and Konner Johnson.

The women have finished their first Invitational this past weekend at the Wartburg Invitational. Things didn’t exactly end the way they wanted, finishing ninth out of nine teams.

“There is a lot of room for improvement,” Crockett said. “We are all motivated to improve on our golf game individually and overall, as a team. We were all really excited that we got the opportunity to go and compete and are looking forward to our next meet.”

It’s been a while since the teams were able to compete. At the beginning of COVID-19, it was difficult for the individual players to get out on the course due to closures. The Storm is hoping this doesn’t affect their playing this season.

“I was able to get out and play during the summer,” said Eaton. “I had an awesome opportunity to caddy at a golf course and then be able to go out and play most days after work.”

Crockett was also able to make it out on the course after a long break.

“At the beginning, most courses were either not open or only open to a select group of people,” said Crockett.  “Towards the end of the break, when courses started to open back up, I went as many times as my schedule allowed me to.”

The men will start their fall season Friday at the Norm Ryerson Invitational at Bos Landen Golf course in Pella.

“I am excited to get back to play competitive golf and play and travel with my teammates,” Eaton said.

In their second invitational of the season on Saturday, the women will play in the Graceland Invitational at Lamoni Golf course. All fall sports are dealing with the same worry: playing the full season or being canceled.

“I feel like as long as everybody follows the suggested regulations, there shouldn’t be any issues playing,” Eaton said.

“At any moment, our golf season could be taken away from one positive test or being in contact with someone who has been positive,” said Crockett.

There’s nothing but excitement from both teams, and they are hoping to finish their season on their terms and accomplish their goals.

“Some of my individual goals include cutting off 10-15 strokes from our first meet score to our last and keeping a positive attitude even when things aren’t going my way,” Crockett said, “Some of the team goals we have set is to be competitive with a new team this year and to make improvements to the weakest part of our game.”

Eaton is excited to improve throughout the year.

“I am excited to see what we can shoot our first tournament this fall. I think if we can lower our team score from tournament to tournament, it will be a big confidence booster for the spring season,” said Eaton, “Individually, I would like to average around mid-’70s this season and be able to have a couple of top 10 finishes this fall.”