Students react to lack of state mask mandate in Iowa 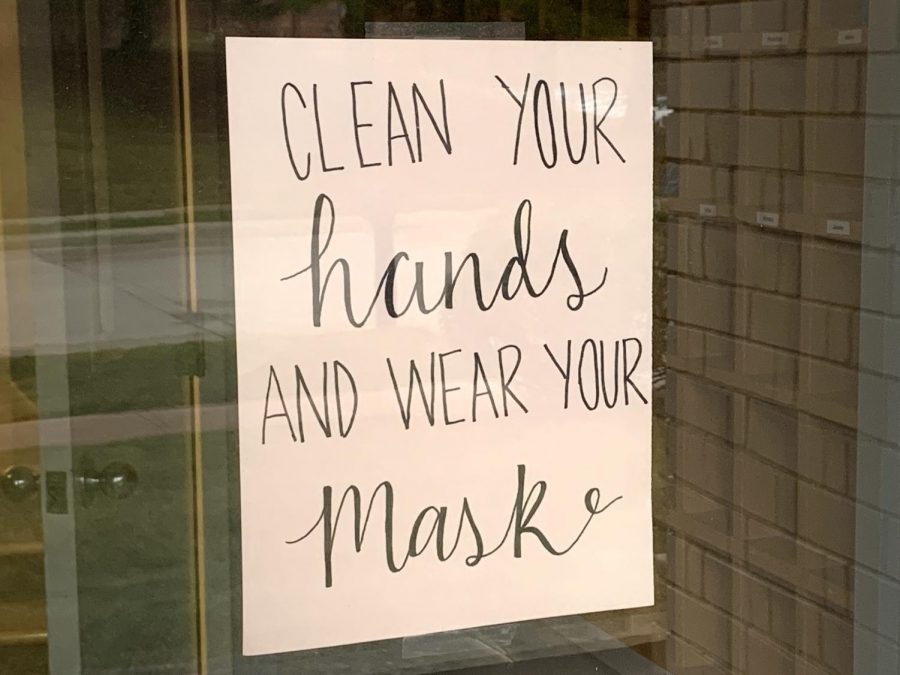 Coming back to college during COVID-19 is a shock, but coming to one of the only two states with no mask requirements has added to the confusion and uncertainty many students face.

Many out of state Simpson students, such senior Miles Leonard, were confused upon returning to Indianola.

“I was honestly shocked,” Leonard said. “Especially since I road-tripped across the US to get here… Coming here to Iowa, my family in Minnesota drove me down here to help me move in, and no one was wearing masks here in Iowa. Even though my aunt who’s been doing a really good job wearing a mask, thought maybe she shouldn’t because no one here had one on. Its almost peer pressure to not wear a mask, which is kind of crazy.”

Leonard says he doesn’t understand the struggle to wear a mask, especially after spending the summer working in a food truck where he was required to wear a mask at all times.

“To me, its kinda silly, I worked in a food truck all summer where it was 102 degrees and I wore my mask the entire time I was in there,” he said. “I was sweaty but it wasn’t the end of the world.”

Leonard believes that a statewide mask mandate would be a significant first step in controlling the state’s number of COVID cases.

“It was almost like COVID wasn’t a thing [in Oregon] because they had gotten it so under control whereas here in Iowa we’re number one in the nation and potentially the world,” Leonard said. “It’s silly to me that Iowa has let it get this bad when clearly they don’t need to let it get this bad. Well, the argument is that masks don’t even do anything, well then why is COVID spreading so much faster in states with no mask mandates?”

Gov. Kim Reynolds stated on Aug. 4, during a news conference, that she believes that cities and counties cannot implement mask orders.

“I believe that we can do that without a mask mandate,” Reynolds said during a Des Moines news conference. “With the cities that have mandated masks, you know, I would say that what they did, that they strongly recommend, because they know that it doesn’t, it’s not enforceable.”

Some stories such as Walmart have taken to enforcing their own mask policies.

Senior Kelli Ruth lives in West Des Moines and works at Walmart, which has implemented a storewide mask mandate since July 15.

“The Des Moines mandate is good, there should be more statewide action and at minimum a statewide mandate with accommodations,” she said. “I think there should also be an attachment with that because a lot of people are wearing their masks wrong.”

Working at Walmart, Ruth has experienced many customers take their masks off as soon as they enter the store or wear their masks below their nose.

While Walmart does require masks to be worn inside their store, there is no form of enforcement as the retailer will not refuse service to any customers without a mask.

Simpson College requires mask usage at all times in public spaces on campus; however, the campus’s phases of operation are semi-dependent on the Indianola community.

Entering the more lenient yellow phase, which allows for some indoor eating and one guest allowed per person in residential facilities, not only depends on COVID-19 cases on campus but also cases within the Indianola community.