The cross-country team charges forward with their season 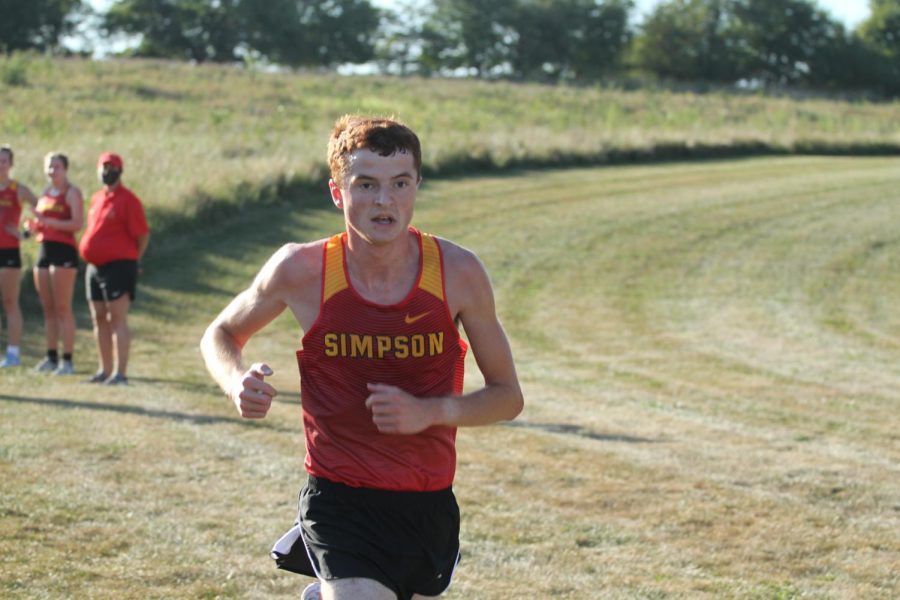 The cross-country team wrapped up their inner squad meet on Sept. 4 and are ready to get into their regular season.

The student-athletes are looking to improve, with the men’s team finishing in sixth place and women’s team in eighth at the American Rivers Conference Championship last season.

The men’s team was ranked eighth in the US Track and Field and Cross-Country Coaches Association Central Region last season. Six of their top runners from both men’s and women’s teams are returning from last year.

Among those returners is sophomore Spencer Moon, who had a spectacular freshman campaign last season that saw him finishing 30th in the NCAA Central Region Championship.

Moon is going to look to build off that success this season to help lead the Storm.

“Running with confidence and knowing that I can do it and don’t back down from any challenges,” Moon said.

Coach Heath Moenck has nothing but confidence in his team to go out and get the job done.

“I’m excited to see how improved we are from a year ago returning and returning six of our top seven from both sides and also adding a very talented freshman class for both sides,” Moenck said.

“We aren’t taking anything for granted this fall, we are really fortunate that we get to compete and enjoying getting together each day,” Moenck said.

COVID-19 has forced the team to make some changes to how they practice.

“When we meet together we obviously wear our masks, we have also had to run in smaller groups to minimize contact and when we get done we stretch 6 feet apart,” Moon said.

The teams are doing what they can to make it through their season by following all the rules in place.

For these teams, they focused on the future and more in particular this upcoming season.

“My personal goal is to probably place top five at the conference and for the team we had five guys run under 20 and set personal best,” Moon said.

Both teams are setting goals to be better than last season.

“The men want to be top three in the conference and a realistic goal for our women is to be top four or five if we can do that, it would be terrific being that we are in one of the most premier cross-country leagues in the conference,” Moenck said.

There is a lot of hope coming out of both squads to get through the season as their season is scheduled to start this weekend in Lincoln, Neb. for the Nebraska Wesleyan Triangular.