How out-of-staters land at Simpson College 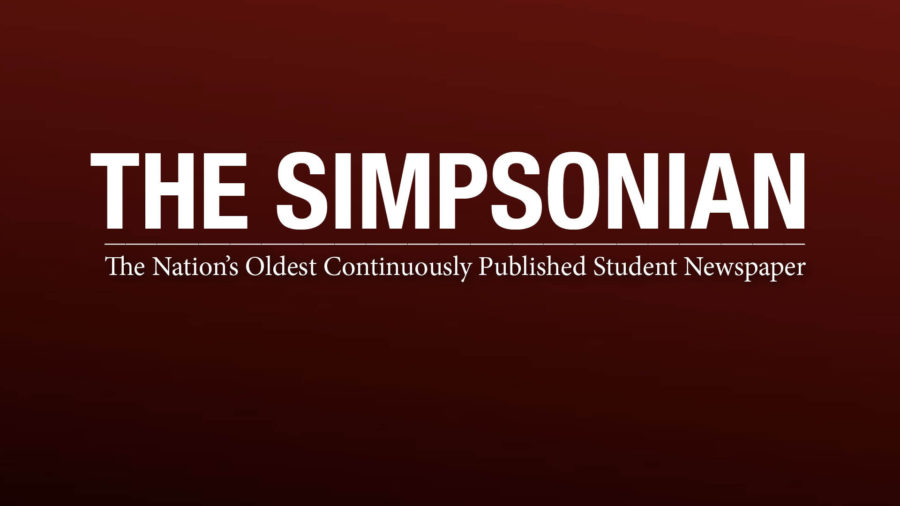 It’s been said many times the Hawkeye State won’t matter for another four years until the next presidential campaign comes sweeping through the nation.

For most, Iowa is confused with Ohio and has college sports teams whose fans develop inferiority complexes after shamings on national television.

So how do student athletes from Florida, Texas and California end up at Simpson in the first place?

Here’s a quick look at how some student athletes turned down the mountains of Colorado or the beaches of Orange County for the epicenter of Iowa.

In most cases, it has been the people.

I miss the tacos, but the steak is good

Along with a lot of Division III athletes, freshman running back Cole Martin didn’t know he wanted to play college football.

During his senior year at Corona Del Mar High School in Newport Beach, California, Martin wasn’t planning on playing football. An injury sidelined him for nearly half of his senior season, leaving a hole in his life.

“I was away from it for a while after hurting my knee and then the season ended, and I was just hanging out and was really bored,” Martin said. “I just said, ‘I need to do something,’ so I started training and contacting the coaches at different schools.”

Martin got on the recruiting website, NCSA, and quickly got in contact with Simpson’s coaches. Martin planned on leaving California from the get-go, even with parents who both attended San Diego State University.

With the lack of opportunity at the Division III level in California, Martin looked east, deciding on Simpson after seriously considering Division III juggernaut North Central College in Naperville, Illinois.

The small class sizes appealed to Martin and the weather wasn’t too bad during his spring visit, and soon Martin was a “Cali boy” in Iowa.

While La Casa satisfies the average townie, Martin has had to settle when it comes to Mexican food, his favorite.

“There isn’t a lot of Mexican food out here. I eat fish tacos and fish burritos on the daily, so it’s kind of weird going from that,” Martin said. “I went back to California over Christmas break, and my girlfriend from Ankeny came out and she had her first fish burrito, and she is obsessed with it now. The barbecue food is pretty good, and the steaks are pretty good.”

Martin appeared in seven games and recorded 87 yards on 37 carries during his freshman year.

From corn to potatoes, to corn again

Moving states or even just hometowns is tough during high school.

Sophomore soccer player Meredith Harrison had to make a 1,500 mile trip from West Des Moines to Eagle, Idaho, during her sophomore year of high school.

The Iowa roots were there, but out of high school, Harrison went to Division II Northwest Missouri State University.

Like Storm basketball players Britney Boland, Tyler Anderson and women’s soccer player and alumna Madison Densmore, Harrison transferred from NMSU after a brief, disappointing experience, coming to Simpson because of a friend.

“I heard about Simpson first from my best friend, Lauren Stillman,” Harrison said. “We were friends before I moved and were capable of staying in touch for three years. She was telling me about this perfect school she found in Indianola. I thought it was an interesting choice.”

Harrison actually never got in touch with the NMSU head women’s soccer coach and settled by playing on the men’s club team. Simpson gave her the opportunity to walk right onto the team and even post six goals her sophomore year, tied for a team-lead.

“Lauren knew how unhappy I was with my school choice,” Harrison said. “I was actually about to move back to Idaho and go to school there. She had me sold when she told me I would be a part of a building program. Since I’ve lived in Iowa before and knew my best friend, I was rather comfortable.”

A four-year trip to camp

Summer camp. That’s essentially what it felt like for JJ Hansen when he first came from Bellingham, Washington, to Simpson College nearly four years ago.

“I just felt like I was at a camp for the first four weeks,” Hansen said. “I don’t think it really hit me until I got off the bus at Wesley Woods and when I got off the bus I was like, ‘Well, shoot.’ I guess I’m actually here in Iowa, and I don’t have a way back so I’m going to see how it goes.”

At Wesley Woods, Hansen came across a new revelation: the walking taco. The meal soon became a favorite, and so did Iowa.

Hansen, who is a member of the newly formed diving team at Simpson, initially came to Simpson to wrestle. Like Martin, Hansen didn’t have a lot of opportunity to wrestle in Washington.

“I put myself into a recruiting program because there were no in-state four-year college wrestling programs in Washington,” Hansen said. “People like to wrestle around here.”

While Hansen didn’t continue wrestling, he helped form the diving team with senior Mackenzie Carson in light of building the Indianola YMCA.

Hansen misses the Washington fruit and the soft-serve ice cream, but he has seen that Iowa nice is not just a schtick.

Simpson will have to continue to recruit outside of the state in order to compete with the high density of similar schools in the Iowa Conference and NAIA. It’s hard to recruit with community and nice people as the main draw, but it’s turned out to be one of the draws keeping out-of-staters in Indianola.

“The scenic area is a lot different obviously, but the people are great,” Martin said. “I have a good group of friends that are really welcoming at Simpson, which is really nice. Especially being a part of the football team. All of the guys are super welcoming.”