The perspective of a senior student-athlete in 2020 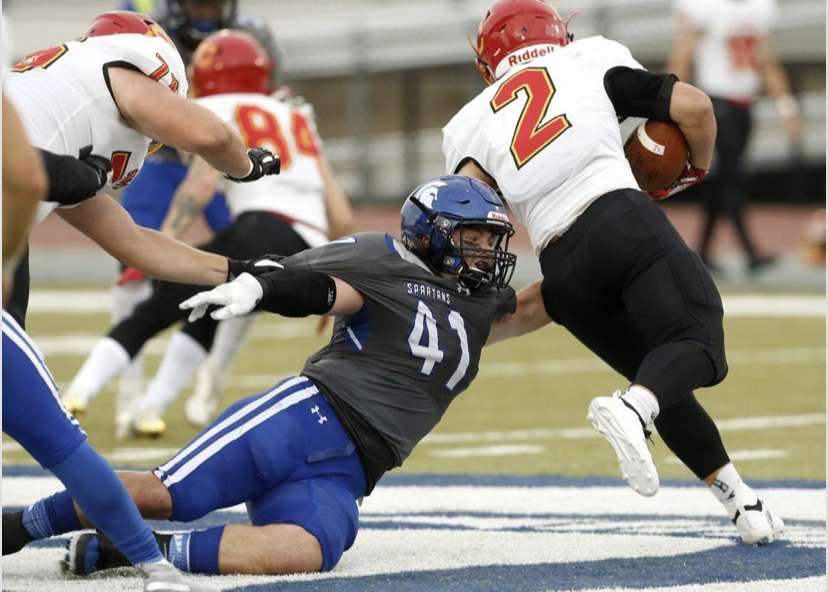 On Aug. 11, the American Rivers Conference announced that a number of fall sports, including football, were being moved to the spring of 2021 due to the COVID-19 pandemic.

Joe Meyer, a senior Simpson running back, spent the day after the Derecho that wiped through Iowa on Aug. 10 cleaning up, repairing and mourning. Football was the last thing on his mind.

“I live in Cedar Rapids,” Meyer said. “So I was doing a lot of cleanup with the storm still. I didn’t hear about [the season getting canceled] on that day because my cellular connection was horrible.”

The news was devastating to the Storm’s leading returning rusher from 2019, Meyer rushed for 786 yards during the season while appearing in all 10 games.

“Shocked was the first feeling, but it was also expected,” Meyer said. “It makes it a little tougher because it’s my last season, so I might not get a final season.”

Despite football being postponed to the spring, there’s still uncertainty surrounding the logistics of the season going on as planned. The coaching staff and the players will have to adjust day to day.

“Expect the unexpected is what I’m going with,” Meyer said. “Everything is unprecedented right now, so everyone is going through change.”

Even with a good attitude, Meyer and the team are missing out on a lot of normal activities that under regular circumstances, would be occurring. Under current A-R-C guidelines, teams aren’t allowed to have practice with any of the coaches on the field. The team is able to use facilities with limitations set by the college.

Another element that’s missing from other seasons is team bonding. With no summer camp and no fall season, underclassmen weren’t able to connect with the leaders and the upperclassmen of the team.

“The hardest part is that the freshman don’t get to interact with the team,” Meyer said.

Simpson head football coach Matt Jeter is hoping that football activities will be resuming in the next few weeks, but in the meantime, he’s focusing on the relationships he’s able to have with his players.

One of the issues Jeter is noticing with the seniors is the last-minute change.

“It’s been stressful because some of [the team] planned to graduate in December, but now they are having to shift schedules to spring,” Jeter said.

Once the spring season hits, a lot of seniors will be finishing up their course load at Simpson, while focusing on internships or capstones. It’ll be a different season that no coach or player has dealt with in the past.

Right now, the team is planning on treating this fall season as a traditional spring season with practices and inner-squad scrimmages to prepare for the regular season.

“Take what you can get and get prepared when you can,” Meyer said.

The attitude that Meyer possesses is what is allowing him to focus on football while he also finishes up his degree in education.