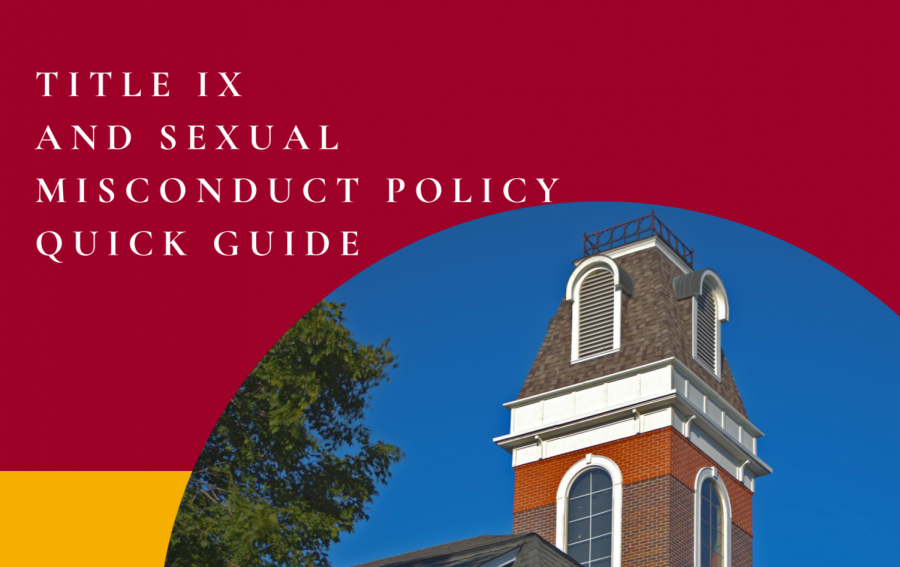 The Title IX process at Simpson College underwent significant changes due to an order by the Department of Education that went into effect on Aug. 14.

According to Title IX Coordinator Elyse Morris, if the behavior does not meet all three, then the conduct cannot proceed through the Title IX process; however, it can be addressed by Simpson College’s Code of Conduct process.

“A good example would be like if somebody’s cat called somebody else, say, three times,” Morris said. “Under the new regulations, that probably isn’t sexual harassment because it’s not probably rising to the level of severe pervasive and defensive. Whereas in the past, we probably could have put that through Title IX because it’s offensive in it, even though it didn’t happen that many times and it’s not necessarily severe.”

The jurisdiction of Title IX has also been changed due to the limitations of what is considered sexual misconduct. According to the Quick Guide to Title IX, sexual misconduct must happen on campus, in an off-campus environment that Simpson College controls or during an official Simpson College activity at any location to be subject to the Title IX process. However, if the misconduct does not meet any of these conditions, it will be dismissed, though it can also be addressed by the Code of Conduct process.

According to Morris, everyone in the Simpson community will be affected by the Title IX changes, especially for anyone who will need to go through the Title IX process. With the definition of sexual harassment and jurisdiction of sexual misconduct narrowed, the landscape of the process has significantly changed.

While changes have been made to Title IX, and subsequently the Title IX process, there are aspects which will remain the same. The definitions of quid pro quo and sexual assault, for example, have not changed. Additionally, Simpson College will continue the practice of mandatory reporters as before.

“While there are some aspects of this that I think were helpful, in many ways this is not the policy or procedure that I would wish to have in place,” said Vice President for Student Development and Planning Hedi Levine. “But it is the policy and procedure that the federal government tells us we have to put in place. So we are going to do what we have to do in order to not jeopardize our ability to give financial aid.”

Additionally, Morris wants the Simpson community to know that despite the Department of Education changes to Title IX, Simpson College still has policies and procedures in place to address sexual misconduct and help survivors.

“I can’t say that I enjoyed this process and making these changes,” Morris said. “I don’t think that Simpson would have made these changes if we hadn’t been forced to. But we can still be committed to all the same things as far as providing support and resources for people who experience sexual misconduct and that’s the most important part to me people are getting the support that they need.”