Bob Lane: An interim president’s leadership through a global pandemic 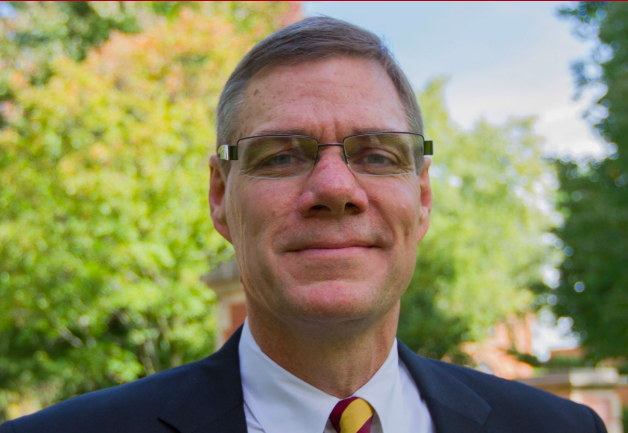 by Noah Sacco and Seth Howard

Normally an interim president’s role is to fill the position until a new president is found. With the presence of COVID-19 however, President Bob Lane realized his duties would reach far beyond the norm.

Lane began his tenure as interim president of Simpson on January 1. On March 11, Bob Lane would send his first email addressing the unprecedented global disease, known as the coronavirus. This would be the first of many emails Lane would send out to the Simpson community.

“It has definitely been a challenge,” Lane said. “The faculty, staff and students have been very supportive and patient as the Crisis Management Team has worked through this process very methodically. I am proud of all their efforts to protect and serve our Simpson family.”

As a Simpson alumnus, Lane feels honored to be able to give back to his alma mater during this time. His ties with Simpson have fostered his specific passion for the college and have provided him a different vantage point as a graduate.

Lane never had any interest in being a full-time college president, as he told members of the Simpson Board of Trustees. Although when he agreed to serve in the interim position, Lane never anticipated having to guide a campus through a worldwide pandemic.

“It has been a very interesting time to say the least. There are a number of things that have happened I never could have predicted, but the support of our board, the Simpson and Indianola communities have made these past few months very rewarding on a professional and personal level,” Lane said.

Jeremy Randol, a junior at Simpson College, has noticed what Bob Lane has done during these difficult times and is pleased with how he has handled it.

“Interim President Lane did a great job this past year considering the circumstances,” Randol said. “For a position that he ideally did not think he would be appointed to, he embraced it and took it on tremendously. He was faced with issues throughout the year that no one would even imagine a traditional president would have to deal with.”

It is common for students to feel weary for the times ahead, but Lane has instilled the confidence in students that faculty are doing what they can to keep the campus running smoothly.

“During the school year, I think he made a conscious effort to be visible on campus,” Randol said. “He did a good job communicating to students through email and video about situations that were happening and helped us understand the decisions that he was making were the best for our well-being.”

Marsha Kelliher was recently selected as the new, and first, female president of Simpson College and president Lane could not be more excited for her arrival on campus upon hearing the news.

“I am thrilled, as are my colleagues… She is a proven leader and will be bringing her abilities to the college at a very pivotal time. I look forward to working with her as we continue to move the college forward,” Lane said.

Kelliher will be appointed the new president on June 1 and Lane plans to return to his former position as Vice President for College Advancement. As for the college itself, many questions remain unanswered.

In the meantime, Simpson will try to forecast what the future will look like and attempt to make plans based on those predictions.

“In the past, Simpson has proved itself to be resilient and I am confident we will move forward together as #ONESimpson,” Lane said.

For more information and updates regarding COVID-19, visit the COVID-19 webpage at simpson.edu.