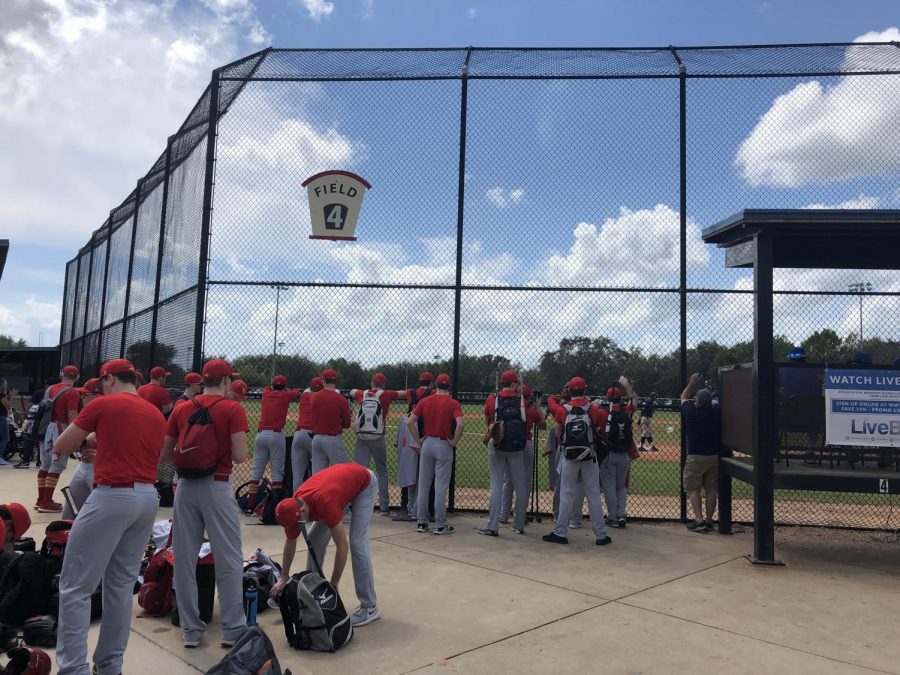 With the outbreak of COVID-19, the baseball team’s season was cut short while they were on their spring break trip in Florida.

The Storm was playing in the RussMatt Invitational for the second season in a row. Simpson won the first and only game they would play, an 8-5 win over Wells College on March 12.

During the game, the NCAA announced that they were canceling all spring conference championships in 2020. Simpson alum Steve Carlson works for the NCAA and notified the team of the cancellation.

That night, Simpson was still under the impression that they could still finish the invitational in Florida. The next morning, immediately before they were about to depart for their game, the American Rivers Conference presidents met and decided to stop any remaining activities.

With that announcement, the season was done for the Simpson baseball team. But even worse, for two seniors, Truman Schmitt and Josh Breitbarth, their careers were over.

“After coach told us our season was canceled and that we wouldn’t even get to finish our Florida schedule, there was an instantaneous sinking feeling in my stomach,” Schmitt said.

It’s a tough and harsh reality for many athletes at the Division III level who will more than likely never be able to compete in any form of athletics ever again.

“I really didn’t know what to think, it honestly did not hit me that my baseball career was actually over,” Breitbarth said. “It all happened so fast.”

The NCAA’s intent was never to create shock or sudden ending, but as soon as the NBA suspended their season on March 11, all of the dominos fell in athletics.

“We played our first game and then it felt like everything started to unravel,” Schmitt said.

It doesn’t seem fair for the athletes that put in a whole offseason of work, just to never see the results. It’s just one of the many consequences of COVID-19.

“You want to be mad at someone but you can’t,” Breitbarth said. “Because decisions were made for the well-being of everyone. This is just a small portion of my life that I obviously wish would’ve ended a lot differently, but it was out of my control.”

What’s next for these two Simpson baseball players?

Breitbarth plans to become a physical education teacher with the hopes of one day becoming a high school athletic director. Schmitt will go on to be an actuary for Transamerica.

“I’m going to miss playing, but I also can’t wait to see what’s next,” Schmitt said.

The good news for these seniors is that there is a lot more to life than just baseball.