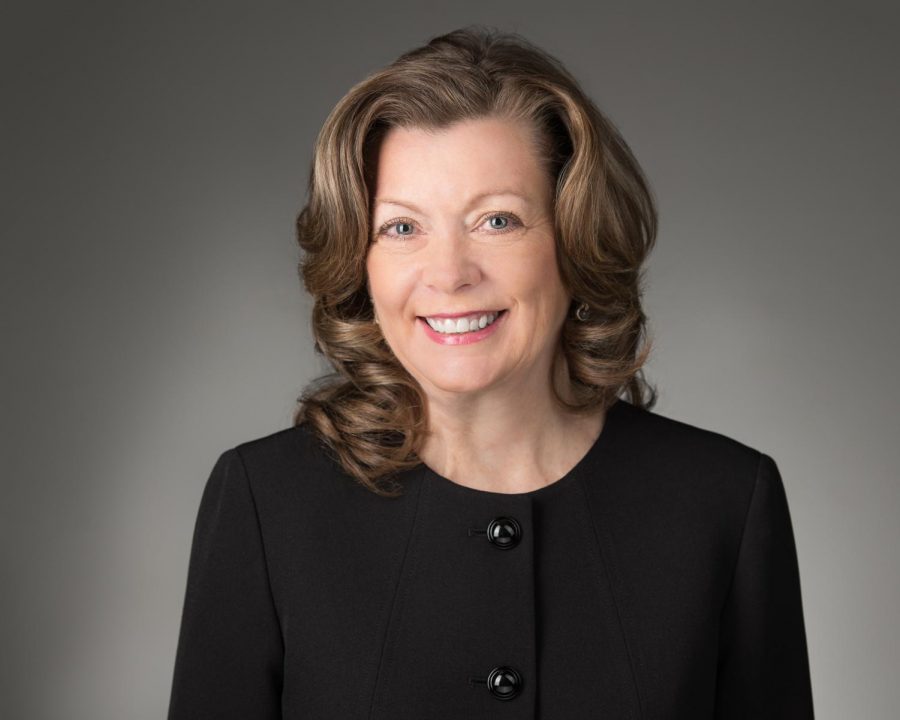 In an email to the Simpson community, Terry Handley, Simpson College Board Secretary and Chair of the Presidential Search Committee, announced late last night that Marsha Kelliher was hired as the 24th president. Kelliher is the first woman to hold the position.

Kelliher will begin her duties at Simpson on June 1, and currently serves as president and CEO of Walsh College in Troy, Mich.

“While there, she adopted a new strategic plan, instituted a more transparent communications outreach program and restructured administrative offices to maximize collaboration and customer service,” the email stated.

“The hiring of President Kelliher is so exciting for our community, and as a student leader I feel so inspired by her coming on board,” Seabrooks said. “It feels really good to finally see a woman as our president. This has been a long time coming and I think a change like this is exactly what the students need.”

Handley pointed out in his email how Kelliher has added numerous majors and minors at Walsh College, while adding three doctoral programs.

According to the press release on Simpson’s website, Kelliher earned an LL.M in Labor and Employment Law from the University of San Diego. She also has a J.D. from South Texas College of Law. Her bachelor’s degree is from Indiana University.

Some of Kelliher’s recent accomplishments include being named in 2019 to Crain’s Detroit List of Notable Women in Education and DBusiness’ Detroit 500 Most Powerful Business Leaders in Education.

The Simpsonian will have more on this story, including an interview with President Kelliher, later this week.