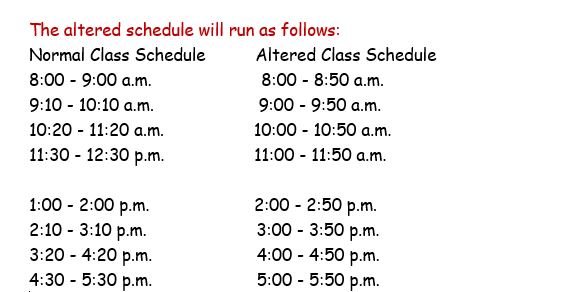 This upcoming presidential election is geared up to be monumental and Simpson College is already preparing.

The Andrew Goodman Vote Everywhere and Campus Election Engagement Project teams took necessary measures to ensure students will be able to cast their votes on Nov. 3.

“While in Iowa, we do have pretty good accessibility for voting, most students do have pretty busy schedules,” said Elise Sturgeon, a Campus Election Engagement Project fellow. “We have one of the highest turnouts for voting on campus but there’s still a lot of students who don’t go out and vote.”

“The ambassadors last semester decided that students needed a time that they would be able to go out and vote without having to miss a class or move around schedules,” said Kylie Doupnik, an ambassador for the Vote Everywhere Campaign.

The groups borrowed the schedule from MLK Jr. day, since that was an established alternate schedule. The voting schedule will operate similarly.

The proposal was brought to Executive Assistant for the Senior Vice President Sandy Condon, who forwarded it to the President’s cabinet.

“The hardest part was drafting the proposal with the dean,” Sturgeon said. “The president’s cabinet was very receptive to it, I think that’s due to a lot of the hard work that, especially, Levi Lefebure and Abby Schulte put in, which made it very hard for them to say no to all our proposals.”

“We drafted all the reasons, gave them statistics and evidence as to why giving students the time to vote is important. Simpson already values civic engagement in our ECC engagements so why wouldn’t we want to encourage that in reality,” Sturgeon said.

The proposal was also created to help with smaller-scale elections as well.

“We mostly wanted to do this as a preventative measure, especially since 2020 is going to be such a big election year, not only the presidential election, but local elections too,” Doupnik said. “We don’t want any students to have to come across schedule issues.”

The motion was passed.

“The meeting with Dean Jacobsen went exceptionally well,” said senior Levi Lefebure. “She wanted to make sure that she knew all of the facts well enough to advocate for our proposal to the Cabinet members. It was exciting to hear last week that all of the Cabinet members strongly supported the proposal. It shows that this administration is dedicated to fostering civic engagement.”

Students spent a lot of time crafting the proposal.

“We started drafting the proposal in the fall semester, but the beginning of this year is when we really started working on it,” Sturgeon said. “It’s been a goal of ours to work on reducing barriers to voting.”

Both groups worked together through the Carver Public Policy Center to craft a proposal to the academic dean in order to allow students a two hour time period to vote.

“I think as college students, we’re very busy and we have a lot of schedules that can be conducive to having a good chunk of time to go and vote,” Sturgeon said. “I think that having a chunk of time that there are no excuses, no classes, no forum, will help people with especially busy schedules and show that Simpson as a community supports voting and encourages this. Not only the availability of time, but awareness of the election and what’s happening.”

This schedule will be used for midterm and local elections as well as the highly anticipated presidential election.