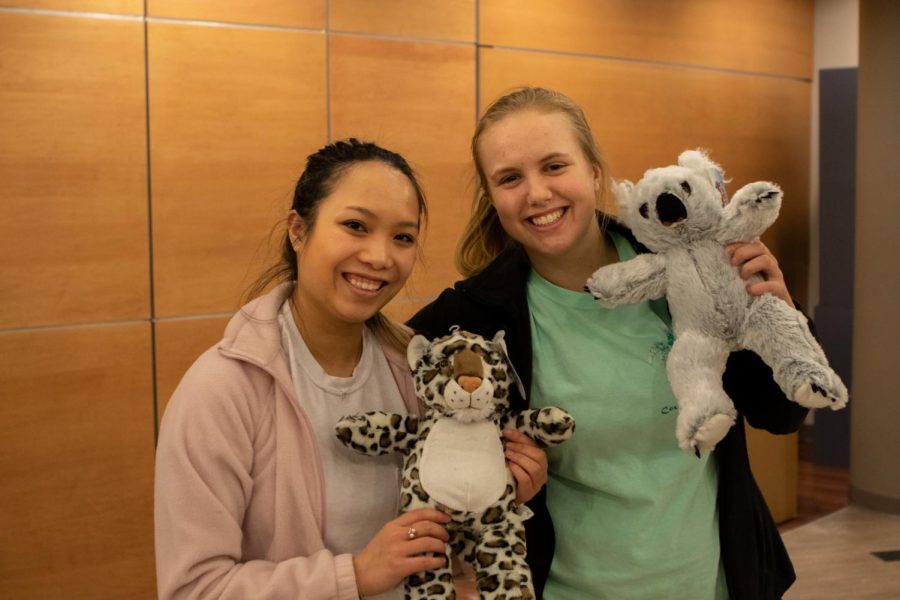 The students picked an animal they would like to take home, stuffed them by hand and talked with friends. CAB had many different stuffed animals to choose from like gorillas, koalas and leopards.

“Rich [Ramos] told me that we have been doing this event for approximately 6 years,” CAB president Mackenzie Ritscher said.

Every year it has been very popular among the students as it is free and easy to participate in. It is basically like a Build-A-Bear except it is a much cheaper option.

“We bought 374 bears,” Ritscher said. “This year we decided to limit bears to one bear per person because last year there were people who took too many bears and there weren’t enough for everyone who wanted one.”

This is an event that is fun to do with a group of friends or just by yourself. There are no requirements on who you go with, all that matters is that you have fun making a stuffed animal you’re able to take home with you.

“People really seem to love this event and look forward to it every year,” Ritscher said. “It’s a super easy event and people don’t have to stay for too long in order to make a bear.”

“She [Savannah] couldn’t make it tonight so I made one for her because she wanted one,” Knouse said.

“We ended up with some extra bears after the event,” Ritscher said. “We are planning on having a tabling event at some point during the semester to give an opportunity for people to get a bear.”