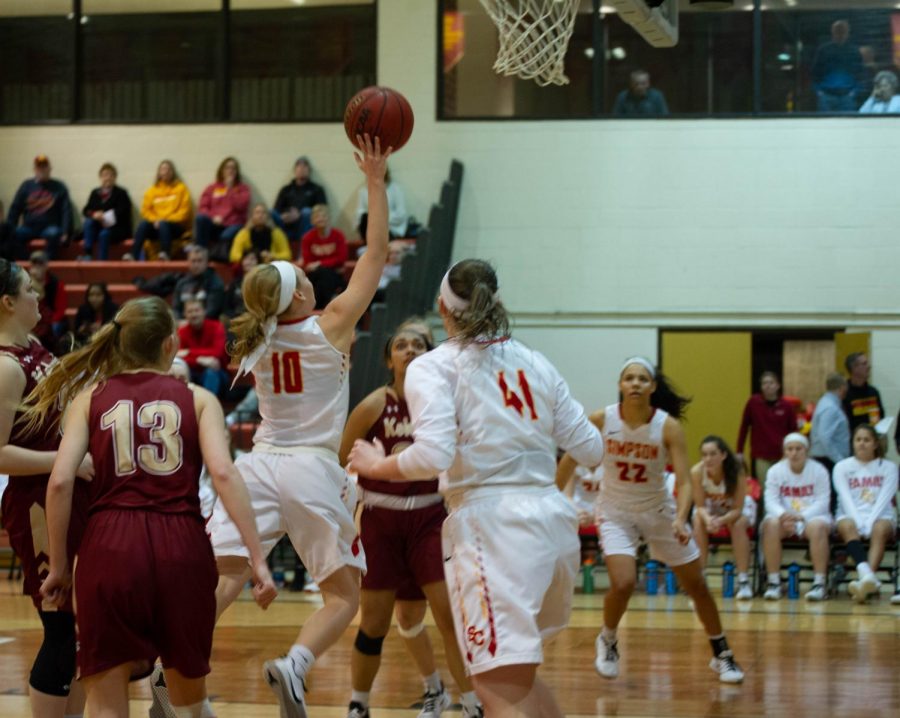 On Feb. 8, the Simpson women’s basketball team picked up their 38th-straight victory over Central in a 95-63 win.

Simpson women’s basketball head coach Brian Niemuth is in his 33rd year as leader of the program. The team’s winning streak over Central started in Niemuth’s 16th season.

To Storm fans, a long streak over a conference rival means a lot, but Niemuth said otherwise for the program.

“It’s a nice streak, but it doesn’t really mean anything,” Niemuth said. “The next game is what means something.”

What’s more impressive is what Simpson has done since 2002. In that time, Simpson has won or shared the conference regular-season title eight times and has made three Sweet Sixteens.

“The most important streak I’ve ever had was when we won 37-straight conference games over a two-year stretch,” Niemuth said.

However, just because it doesn’t mean something to Niemuth doesn’t mean it’s not an impressive streak. Beating any opponent 38 times in a row takes an absurd amount of preparation, consistency, and even luck.

“Some teams in the conference struggle against our press and some match up well against it,” Niemuth said. “That could be a part of it. It might not be a good match up.”

The streak has been passed on from generations of teams and it has become something everyone on both sides knows about.

“It’s almost become a burden because no one wants to be the team to break the streak,” Niemuth said. “But I’ve already told my team that at some point it will get broken and that we just need to win the next game.”

Streaks like these aren’t just fun, there is also some pressure that comes with maintaining it. Odds are, the streak has to be broken at some point, which means one team or the other will have to break it. No team wants to be labeled as such.

“Coming in as a freshman and having that streak already, there is an expectation to come in and beat [them],” freshman Cassie Nash said.

Thirty-eight games is a lot and the odds would say that the streak has to come to an end soon. But odds aren’t what determine outcomes, execution and performance do that.

As far as the Storm’s game goes, the press defense will be in their repertoire as long as Niemuth is at the helm, but the team’s execution is what will determine if the streak continues.

Catch the team in action Saturday, Feb. 22 in Cowles Fieldhouse at 2 p.m.