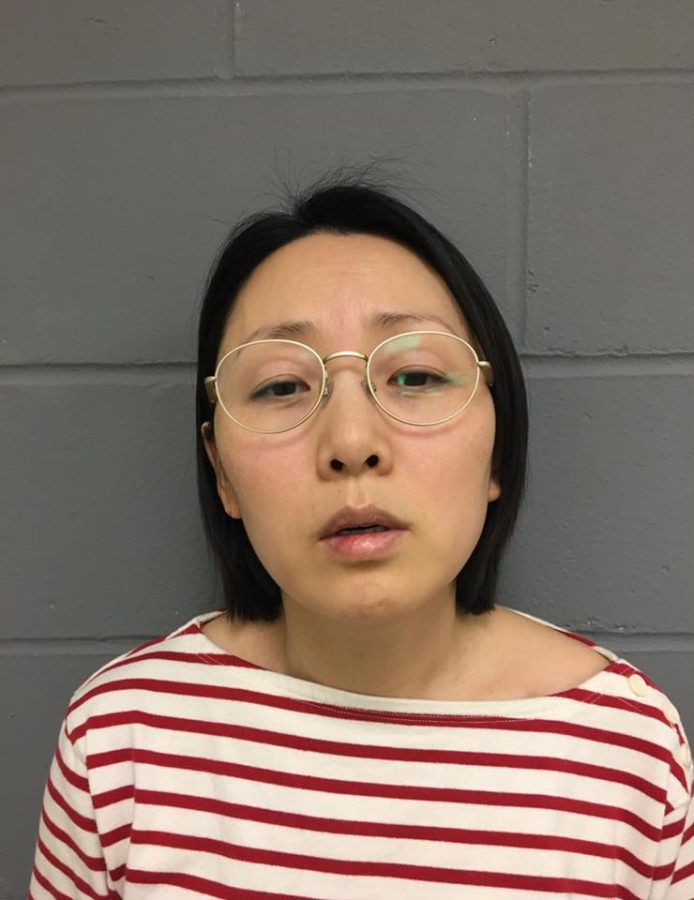 Assistant professor of economics Gowun Park was arrested for murder and kidnapping, both in the first-degree, around noon today.

According to the West Des Moines Police Department’s Facebook page, a 911 call was received on the night of Feb. 15 about an unconscious person at 8350 E.P. True Parkway in West Des Moines.

“West Des Moines EMS, Fire, and Police responded to find the 911 caller, Gowun Park, performing CPR on her husband, 41-year-old Sung Nam,” the post said. “Nam was transported to an area hospital where he was pronounced dead.”

According to court documents, Park admitted to binding her husband to a chair with a rope, and his hands and feet with zip ties earlier that day.

Police say she duct taped a towel over his eyes and stuffed clothing in Nam’s mouth to prevent him from yelling.

Park did not release Nam from his chair, even though he requested to be untied, according to police.

“Nam was confined to a room and bound to a chair, unable to freely move about and free himself, ultimately leading to his death,” court documents said.

“Ms. Park’s actions and in-actions were directly responsible for Mr. Nam’s death. The injuries sustained by Mr. Nam were not self-inflicted. Ms. Park stated that the only people present during the duration of the events were her and her husband, Sung Woo Nam,” court records stated.

After the 911 call by Park, police say she tried to hide and conceal the binding items before the emergency crews were able to get there.

Police officers were seen by faculty members early this afternoon investigating her office in McNeill Hall.

“I witnessed three police officers in the faculty members office searching through papers and drawers,” Professor of Multimedia Communications Brian Steffen said. “I did see police officers remove a computer from her office. I don’t know whether they took other materials, but I did see them take a computer away.”

Chris Frerichs, director of security, declined to comment on the ongoing investigation.

In an email to the Simpson community, Interim President Bob Lane addressed the situation.

“The investigation is ongoing, and police have informed us there is no threat or any link to the campus community,” Lane said. “The college is monitoring the situation and will cooperate with authorities in their investigation.”

The news of the arrest has left many students and faculty members surprised and sad.

“The recent news has left me and other classmates in shock,” said sophomore Kody Ricken, an advisee of Park’s. “We never would have expected her to do anything like this.”

Park has been working at Simpson since 2017. Her staff profile page has been removed from Simpson College’s website and Park can no longer be found on the site.

A criminal charge is an accusation and the defendant is presumed innocent until proven guilty.