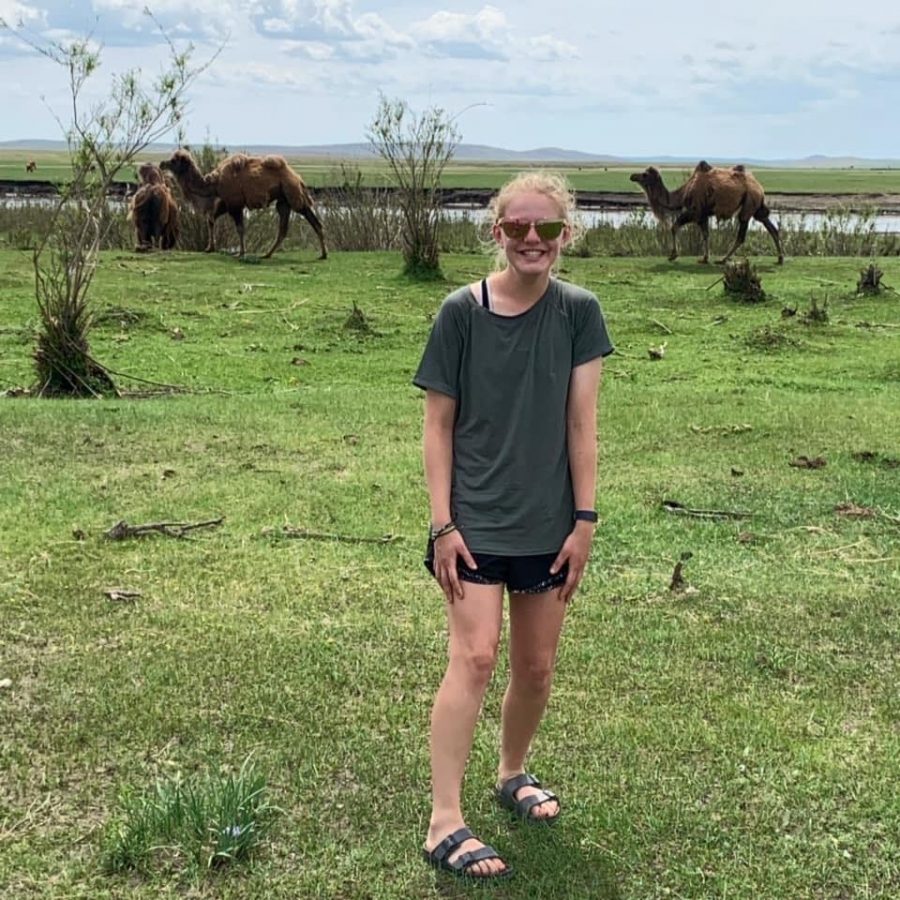 by Molly Fisher, Special to the Simpsonian

Central, Coe, Luther, Wartburg. The names of some of Simpson’s biggest competitors in sports, academics, and recruiting. Simpson College is easily able to match these rival schools in almost all categories except one: sustainability.

These four colleges, alongside many other places of higher education in Iowa, are continuously implementing practices that save each campus thousands of dollars annually in their quest to lessen their negative impacts on our common home.

In 2007, Wartburg partnered with a utility company to fund a wind turbine to help offset its energy consumption.2

In 2012, Luther installed Iowa’s largest solar photovoltaic array. In 2019, Luther received an award recognizing Luther as the 9th most sustainable college in the United States.4

The certifications and practices surrounding sustainability at each of these colleges are absolutely remarkable and lengthy. Their websites have at least one page dedicated to highlighting their sustainability practices. Simpson has none.

I will give credit where credit is due, the Simpson College Kent Campus Center is LEED certifiable, the majority of campus buildings have low flow toilets, LED lightbulbs and water bottle refilling stations, paper straws replaced plastic straws, compostable containers and utensils are being introduced in ABP and maintenance equipment use Pfeiffer’s old cooking oil as fuel.

These sustainable practices do not suffice when we live in a world where scientists predict the global temperature increasing by 1.5°C as early as 2030,5 where biota is in the midst of the sixth mass extinction,6 where wildfires in Australia burned over 12.35 million acres of land7 and killed over 1 billion animals,8 where sea levels continue to rise, threatening both natural ecosystems and cities alike,9 where places like Hamburg, Iowa are underwater for months at a time and where the most impoverished people in the world will be the most adversely impacted by climate change.10

Simpson never fails to point out the luscious greenery that fills the spaces between buildings on tours with prospective students. The greenery is a grass not native to the United States that requires constant fertilization, herbicide application, and mowing to keep pristine. Compostable utensils and containers will not compost when they are thrown away and taken to a landfill where they are covered and no longer exposed to the oxygen essential in the composting process. I am not the first student, nor am I the last to recognize the overwhelming flaws in Simpson’s self-acclaimed sustainable practices. Students before me were the ones to fund the biodiesel processor that converts used oil to fuel. Students before me were the ones to support the construction of the LEED certifiable Kent Campus Center (students are still paying a fee to help offset the cost of this building). Students before me were the ones to work diligently on a solar panel project for BPAC that was ultimately terminated by the college.

Current students, myself included, have worked on a solar panel project that would save Simpson College approximately $4,000 annually. These current students allocated their own funding to fully pay to have solar panels on the Kent Campus Center. These students were dissuaded by the administration in presenting the project to the Board of Trustees in the attempt to receive permission to install the solar panels.

The Simpson College administration is willingly allowing our biggest competitors to drag the college face-first through the mud. We simply have no competition on these colleges in terms of sustainability. It is absolutely embarrassing. I can only hope that after I graduate this May, students on Simpson’s campus continue to push the administration to become more sustainable. How is Simpson going to fulfill former Simpson College President John Byrd’s Carbon Neutrality Promise to become carbon neutral,11 if we have an administration that does not support sustainability?

8 Dr. Charles Dickman ecology expert and professor at the University of Sydney in an interview with Public Radio International 2020