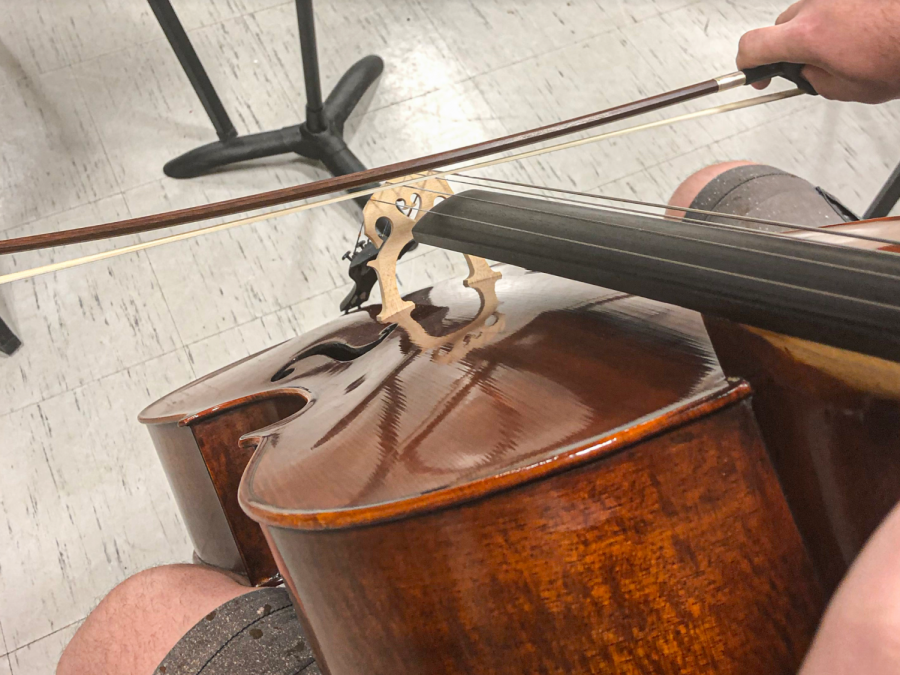 Simpson College’s band and choir offer students the opportunity to continue their music careers on a collegiate level.

Students can receive a high-quality education in instrumental or vocals even if they’re not a music major.

Ethan Humble, a first-year percussionist, says he’s been in band since fifth grade and started playing drums in eighth grade.

“I’ve been around music for a long time,” Humble said. “It’s just really something that relaxes me.”

Humble said playing in college is a great way to continue doing what he loves after high school.

“For me personally, it’s just something I’ve been doing for fun,” Humble said. “That’s been the main purpose. I’m not trying to like major or minor in music or anything. A lot of our students in the ensembles are non-majors or minors. People are just there to play and have a good time.”

Director of Instrumental Ensembles and Bassoon Mike Eckerty says over half of the band are not music majors.

Eckerty believes students continue to play throughout college because it is a skill they learned in high school and they really like to play.

Simpson’s band has already had multiple performances this year, but Humble said the most memorable one for him was playing with the jazz band at the Noce Jazz Club in Des Moines.

“It was a really fun experience,” Eckerty said. “I’ve never been to a jazz club before, so that was new to me.”

Symphonic band and jazz band both require students to attend rehearsals for three hours a week, along with independent practicing.

“They always encourage you to practice on your own time, whatever you need to feel ready for the concert coming up,” Humble said.

This spring, Humble says they will be going on tour, traveling to Minnesota and playing for high schools.

First-year Allison Crain says she joined choir because she loves singing and wants to improve her vocals.

“I’m a theater major, so it helps with that, like with musicals and the operas,” she said. “I really just want to get better at singing.”

Crain said managing her time between academics and choir is not a hassle.

Crain said she was surprised by how big of a deal choir was here on campus.

“We had lessons and carols and I was shocked at how many people were there,” Crain said. “I also didn’t realize how professional it was. We wore dresses and the guys wore tuxes, so we all matched. Overall, it’s just a lot more professional than high school.”

Crain says the choir has a concert in April and if possible, their professor discussed singing in churches and nursing homes.