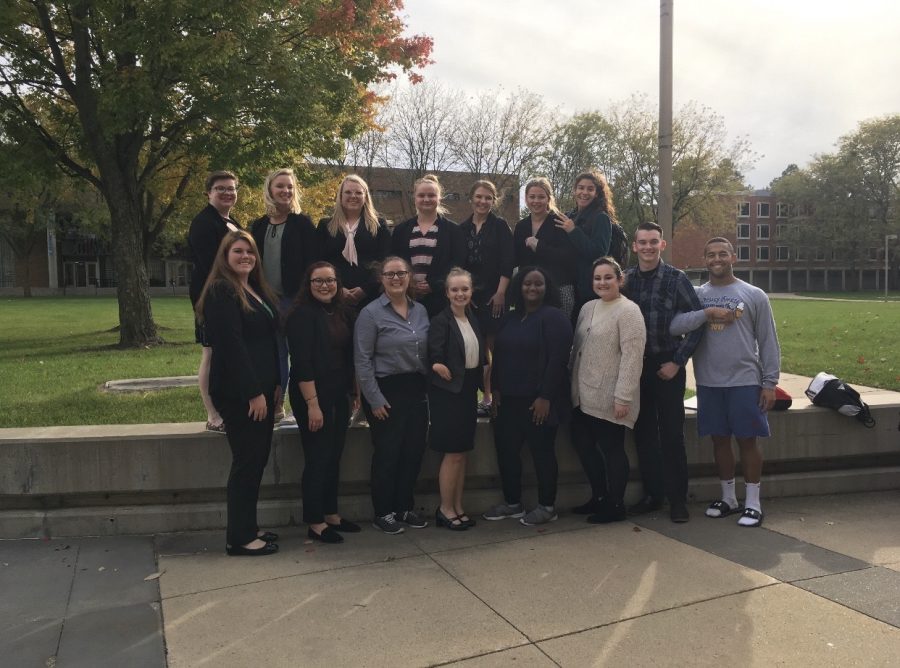 The mock trial team is gearing up for a great weekend as they head to regionals on Feb 15.

If they do well, the team will advance. So far they’ve had a scrimmage against an Iowa State team, and last semester the team participated in two tournaments.

Mock trial is a year-long activity where students are given a case to work through together. Students prepare both the defense and prosecution sides of a story.

“It’s a lot harder than cop shows make it look on TV,” said co-captain Casey Spring. “We have to work a lot to learn and practice objections. We’re continuing to work.”

A lot of time and effort is put into preparing roles for the case as well as practicing the trial.

This year it’s a murder case where a character is accused of killing her daughter. The prosecution can choose during the rounds whether or not they’re going to prosecute.

Sophomore Ava Shannon has been working double-time to play the role of the mother who’s on trial for the death of her child as well as a lawyer.

“It was a lot easier last year when I was just a comedic role,” Shannon said. “This year I play a defendant who is accused of killing her child so I have a sad playlist for that one. It helps if we work early in the morning because then I’m tired and I can cry a lot easier. Before I do anything I re-read my part so I can make sure I know what I’m doing.”

Mock trial is different than a real trial because there’s no jury. It’s largely performance-based. Each speech gets scored on a scale of 1-10 and tallied up at the end to see which team ends.

“I have had to work through people yelling at me and it’s really kind of hard not to try and be the character because people are talking to you like you did it,” Shannon said. “It’s three hours of no outside communication. I have to look sad the entire time. I will leave a mock trial case after being Jordan and feel relieved that I didn’t actually kill my daughter and write the confession saying I did it. There are parts I can’t explain like a list of places my character wrote that she can’t be extradited in.”

Despite working for nearly two semesters, the team still has more to learn. There’s a lot of details that go into each case that aren’t always detected on the first readthrough.

“The first time I read the case compared to how I read it now is very different,” Shannon said. “The people who write the cases hide small details in it. Last year the case was about a monkey eating someone’s face off and we didn’t get until after regionals that the monkey had only eaten the part of the face that had touched food.”

The regional tournament will be held in Lawrence, Kansas on Feb. 15.