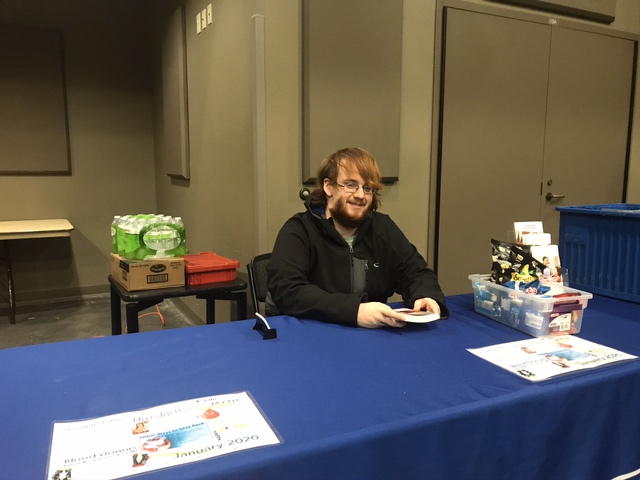 Olivia Collins, junior and the philanthropy chair of Delta Delta Delta, said that a contact at LifeServe Blood Center reached out to set up times for a blood drive in Black Box. The blood collected typically stays within Iowa and is used for cancer patients. However, it has also gone to Minnesota and been used in times of crisis.

“It only took the first two days for us to meet our goal of 26 [donors],” Collins said. “And we have something like 36 slots, I believe, but we exceeded our goal by at least 13 people. Not to mention walk-ins, anyone who would have come in during the day.”

Sophomore Riley Dykstra, philanthropy chair for Lambda Chi Alpha, was primarily in charge of advertising the blood drive and getting his fraternity brothers involved in the process.

“I think of how helpful donating blood is [when] for the most part you just sit there, squeeze a ball and give a whole bag of blood, which so many people need,” Dykstra said. “It’s one of the easiest ways to help people. All you do is sit there on your phone while they take some of your blood. And [LifeServe is] going to use that to help so many people.”

For sophomore and first-time donor Craig Muiller, giving blood was a longtime goal. When it looked like the blood drive would be compatible with his schedule, he jumped at the chance.

“The process wasn’t that bad. I’ve had two surgeries that I have undergone, so it was a little bit different, but still the same as doing it. I got in there and the staff was nice,” Muiller said. “I wasn’t as lightheaded or nauseous as I thought. I feel really good just giving my time to give back to those in hospitals and such because I know that every ounce counts.”