Women’s basketball looks to bounce back 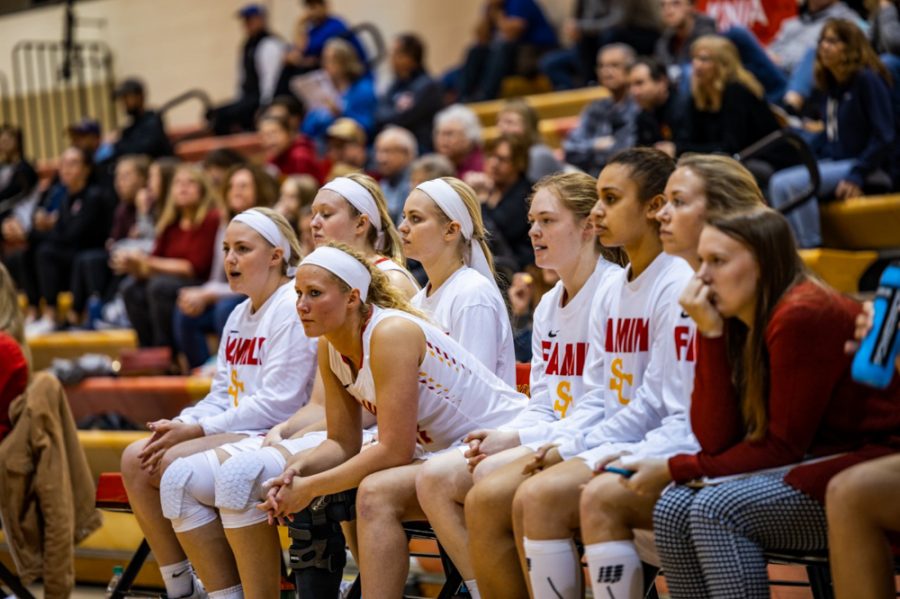 Going into their game against Luther on Jan. 29, the Storm were in a four-way tie for first place in the American Rivers Conference with Loras, Luther and Wartburg. Now, Simpson is sitting at fourth.

The 11-game winning streak was the longest since 2013, when the Storm won 13 straight. That same year, the team would go on to finish 27-3 and advance to the Sweet 16 in the Division III NCAA Tournament.

The team is senior-led. Senior Cassie Chubb is top 10 in the conference for points scored, rebounds, and her 3-point percentage. Fellow senior Claire Johnson, who is top five in the conference for assists and steals, is not so concerned with winning streaks, but taking each game one day at a time.

“We are an unselfish team and all know our roles,” Johnson said. “We’re all willing to do whatever it takes to win. It’s a ‘we before me’ mentality. We focus on every game to play hard and have fun.”

The Storm was off to one of their best starts in program history, but losing back to back games has not affected the team’s attitude going forward.

“The season is a grind,” Johnson said. “We just need to stay focused on what we do, unselfish, fast-paced basketball.”

The Simpson guard and her teammates have been developing chemistry every day since she arrived on campus.

“We’ve gone through a lot as a group, and we all genuinely care for one another. We’ve taken ownership of this program, and all have put in the work to make it successful,” Johnson said. “A big part comes in the off-season with shooting workouts, lifting and pickups, which play a big part in building our chemistry.”

The Storm, who were eliminated in the second round of the American Rivers Conference tournament a year ago, is looking to improve on that mark. The squad has not made it to the NCAA Tournament since 2013.