Broken records has track team off to a fast start 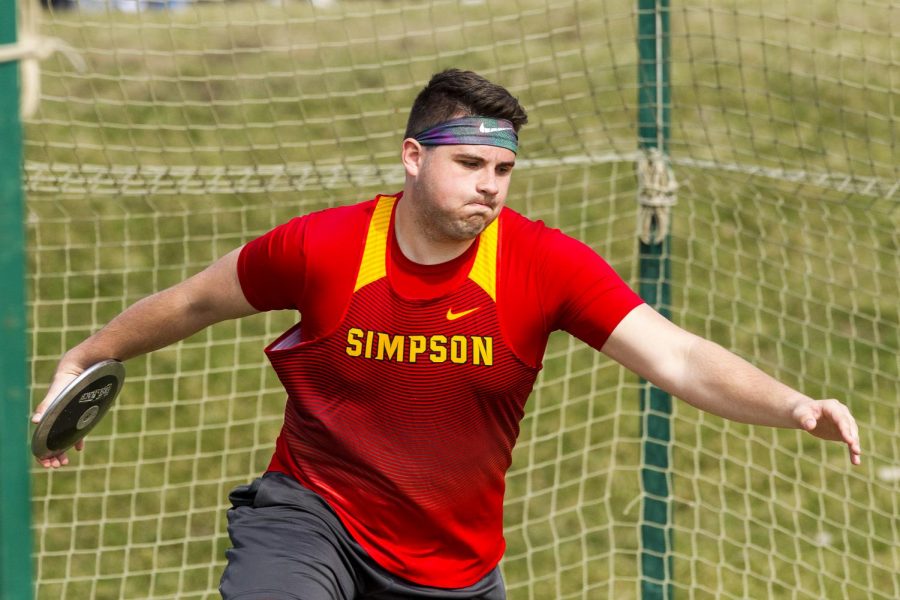 The Storm track and field season is off and running and ahead of the game.

The men’s team is off to a great start after two record-breaking performances by junior Mason Spree and freshman Spencer Moon.

Mason Spree broke the school record for a weight throw with a distance of 15.27 meters at the Dutch Athletics Classic. Spree then went on to break his own record this past weekend with a 15.33 meters throw at the Wartburg College Select.

Spencer Moon also broke a record, a record that had not been broken in 32 years at the Prairie Wolf Indoor Invitational in the 3,000 meter run with a time of 8 minutes, 37.9 seconds. The previous record was held by Dan Halferty.

With such a strong start to the season, these men want to continue to break their own record, which is promising for the Storm.

“It was really cool to PR like that,”Spree said. “My biggest goal is to make the record respectable and keep breaking my current record.”

Moon has placed top five in every event he has run in even placing second in the mile run at the Wartburg Select.

“I want to keep PRing in every meet that I run,” Moon said.

It was a shocking moment for both the individuals and their teammates when they found out they had broken these records.

“The first time it was kind of funny cause I did it on my second throw of the day and Mac [Roush] another thrower, he knew but he wouldn’t tell me.” Spree said. “I didn’t really know what to expect, I was a pretty good runner in high school. I was racing and I had a few teammates who came up to me saying if you keep this up, you’re going to break the school record I just kept pushing and once I broke the record I was really excited and celebrated with the team.”

This past weekend at the Wartburg College Select the team had four, first-place finishes and finished third overall.

Sam Adeniyi scored a total of 4,555 points where he had a strong performance in the Heptathlon. In the 400-meter dash, Craig Garrison also gained a first-place finish with a time of 51.58.