Simpson turns out for Iowa caucuses 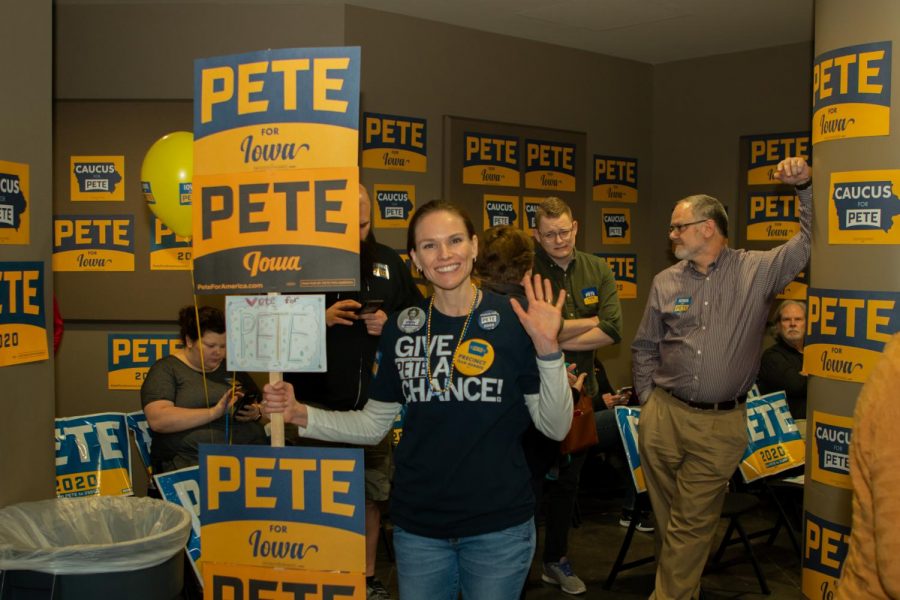 In a tight race on the night of the Iowa caucuses, Pete Buttigieg received the most support within the three Democratic precincts at Simpson and President Trump picked up 46 votes between the three Republican precincts to lead the party.

Trump was also the winner of the entire state of Iowa for the Republican party. He won the state by percentage points before some precincts began voting.

The Democratic group Focus on Rural America dropped its last poll on the day of the Iowa caucuses, showing Pete Buttigieg leading the field with 19 percent of the vote and Bernie Sanders following closely at 17 percent. Simpson College’s voting mirrored the results of this poll.

Outside of these four candidates, no other candidate was deemed viable in any of the precincts.

Students had many reasons to participate in the caucuses tonight.

“I’m fighting for my little brothers and my sister because their future is on the line in this caucus,” said Evan Sand, junior co-founder of Simpson for Bernie, and precinct captain for precinct no. 5. “That’s why I’m putting all the work in. It’s kind of crazy, kind of super, super busy. I don’t know exactly what’s going on, but I know enough.”

Republican precinct no. 2 at Emerson Elementary School saw Trump earning 23 votes and Joe Walsh stealing three away from the president.

Jordan Lecture Hall at Carver was Republican precinct no. 3. Six voters voted for Trump and one voted for Walsh. That voter was junior and president of Simpson Young Republicans Zane Black.

“I came out tonight mainly to speak for the republican side which here on this campus isn’t a very big voice,” Black said. “So I think just the smaller voices in unison can reach out and lead to a bigger voice on campus.”

Simpson students did not show up to Republican precinct no. 5 at Laura Ingalls Wilder Elementary. 17 people voted for Trump and no other candidates received votes.

On the Democratic side, Buttigieg led precinct no. 2 in Hubbell Hall. He earned 56 votes and three delegates. Warren earned 50 votes, Sanders had 44 votes and Klobuchar had 39 votes. All three of these candidates earned two delegates.

While most voters were ready to caucus, some voters and observers were less than thrilled with the process of caucusing.

“I knew it would be relatively chaotic with people shifting around and trying to win people over to their side, but the process seems very, sort of, ungoverned. A bit, kind of, impromptu,” said Thomas Wood, a student from Australia. “But, interesting. Enjoyable to watch.”

Catch coverage of the final results from the state of Iowa in the Simpsonian’s print edition on Feb. 6.